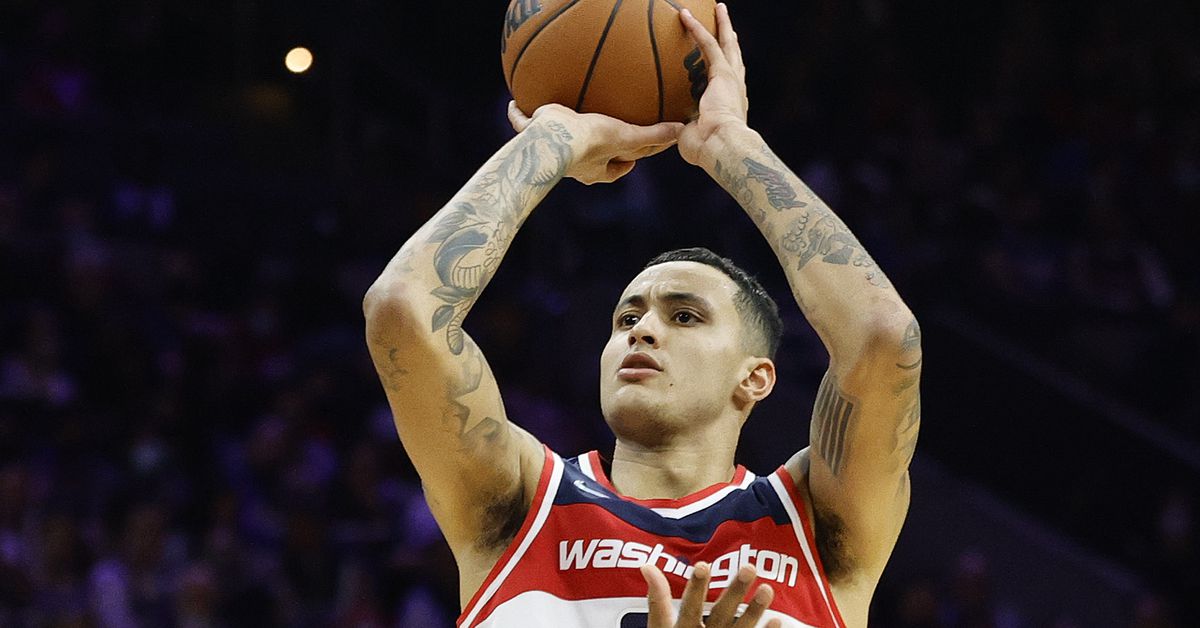 The Wizards broke two trends – 76ers‘ a five-game winning streak and their own six-game losing streak – with a 106-103 win at Philadelphia.

With Bradley Beal out for a second straight game, the Wizards were again led by a stellar performance from Kyle Kuzma, who scored 24 effective points without dominating the ball and added three blocks.

Corey Kispert was excellent off the bench with 11 points on 6 shots (including three 3-pointers) and 6 rebounds in just 18 minutes.

Spencer Dinwiddie shot poorly (just 4-16 from the floor) but finished with a triple-double – 14 points, 12 rebounds (including 5 offensive rebounds) and 10 assists.

Daniel Gafford withstood an aggressive Joel Embiid (40.5% usage rate!!!) about as well as anyone could do considering the path of destruction Embiid has come down the league in course of the last two months.

Embiid was named Eastern Conference Player of the Month in December, then played even better in January. Last night he had screaming numbers – 27 points, 14 rebounds, 6 assists – but was limited to 11-27 shooting from the floor.

Philadelphia’s player of the game was Tyrese Maxey, who constantly looked like the Wizards’ defenders were playing in slow motion. He finished with 22 points, 8 rebounds, 7 assists, and if the three-point shooting is real, he has a chance to be a quality guard for many years to come.

The Wizards won despite the 76ers shooting better from the floor and won the turnover battle because Washington smashed the glass and grabbed 15 offensive rebounds. Credit for that goes to Dinwiddie and Gafford, who each had 5 offensive boards.

Below are the four factors that decide who wins and loses in basketball – shooting (efg), rebounding (offensive rebounds), ball handling (turnovers), foul (free throws made).

I simplified them a bit. Although factors are usually presented as percentages, this is most useful over a full season. In a single game, the raw numbers for each category are easier to understand.

Below are some performance metrics, including the Average Player Production Game Score (PPA) (very similar to what I used to call the Dashboard Impact Score). PPA is my overall production metric, crediting players for the things they do that help a team win (scoring, rebounding, playing, defending) and hitting them for the things that hurt (missed shots, turnovers, poor defense, fouls).

Game Score (GmSC) converts individual production into points on this game’s scoreboard. The scale is the same as points and reflects the value of each player. total contributions for the game. The lowest possible GmSC is zero.

PPA is a per possession metric designed for larger data sets. In small samples, the numbers can get weird. But some readers prefer it, so I’m also including PPP scores. Reminder: in PPP, 100 is average, higher is better, and override level is 45. For a single game, override level isn’t very useful, and I reiterate caution about small samples producing results strange.

POSS is the number of possessions each player had on the floor in this game.

ORTG = Offensive Rating, which is RBIs per individual possession x 100. The league average last season was 112.3. RBIs are not the same as runs scored. He understands the value of assists and offensive rebounds, as well as splitting the credit when receiving an assist.

ORTG and USG are versions of stats created by Wizards assistant coach Dean Oliver and slightly modified by me. ORTG is a measure of efficiency that takes into account the value of shots, offensive rebounds, assists and turnovers. USG includes shooting from the floor and free throw line, offensive rebounds, assists and turnovers.