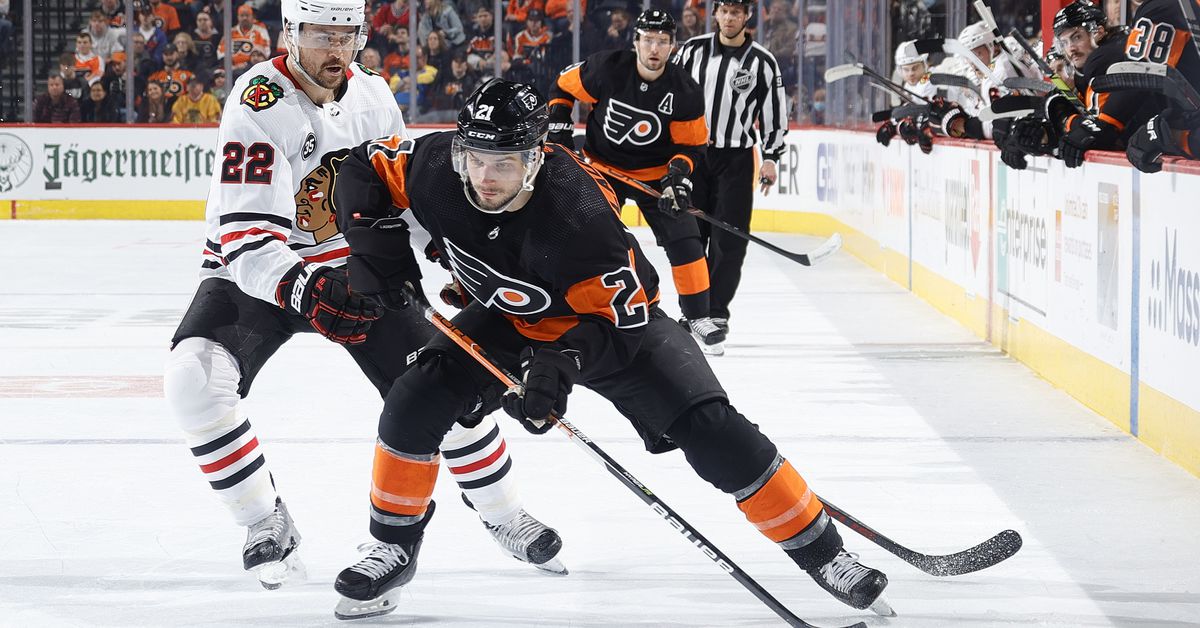 They did it! The Flyers only won one game this week, but at least they managed to earn that win against the Blackhawks. And that’s all we have to say on the subject.

All stats via Natural Stat Trick.

The Flyers were challenged quite strongly and quite directly to the media after Thursday’s loss to the Wild by their coach, and apparently that was repeated behind closed doors as well. This game just wasn’t good enough, and the team could and had to be better. And thanks to them, they came out for this game with a lot of jumps and seemed determined to get back on track with this one. They comfortably got the better of the game in the first period and quickly took the lead thanks to hard play from Oskar Lindblom and the third line. They didn’t positively control the game from start to finish, but they clicked better than we’ve seen recently. They were skating well, defending themselves physically, but most importantly, they were creating chances and creating throughout the game. They weren’t getting lost in their structure or killing themselves trying to make the perfect game, but they were taking what was given to them and creating that way. And they didn’t just tank when they had the advantage at the end of the game, hoping they could win, they stayed engaged and still tried to dictate the game. Everything clicked pretty well for them in this one- this.

And, in short, it’s exactly the type of answer game they needed.

Man, the second line was fun

The Flyers regaining better health meant they were able to reunite the bloodline of Joel Farabee, Derick Brassard and Cam Atkinson that had done so well early for them at the start of the season, and that bloodline tapped into some of that old magic pretty quickly. In the first half they felt things a bit, but things really opened up for them in the second half. They combined for three goals (two for Atkinson and one for Armband), and also dominated in the possession department, coming back from this one with an adjustment of 64.52 CF% and 88.18 xGF% (no, that is not a typo). They were the Flyers’ top line yesterday, and they looked almost deadly at times. We’ll see if they’re able to continue, but this group is exploiting something special again.

The other big news of the day came as the Flyers finally got Kevin Hayes back for this game, and it was a really good game for him. We were going into this one with no real expectation, if we’re being honest, given that he’s coming back after another abdominal procedure, and even though it was more minor, it takes a while to come back. But Hayes looked sharp early on, moving well (in fact, the fastest he’s looked all season, which was a real relief) and getting a few early looks. He picked up an assist on Oskar Lindblom’s goal and finished the afternoon with four shot attempts and two scoring chances. All in all, not a bad return to action.

Not a perfect show, though

Let’s be clear: there was a lot to love about this Flyers performance. It was a well-deserved win and a big step in the right direction. But it should be noted that it was not a perfect projection. The Flyers were buried a bit by the odds, posting an adjusted percentage of 40.75 SCF and 46.65 xGF, but Martin Jones was able to bail them out. They gave up some really dangerous chances in the run, the defense suffered some nasty breakdowns and puck management remained an issue at times. The difference here from previous points this season is that each of those mistakes didn’t end with a puck in the back of his own net.

It’s just to say that we can appreciate the positives of this one, but this team is still flawed, there’s still work to be done, and while this game was a step in the right direction, it’s not was just a first step.

This game ended up being pretty hectic, and there was a point where the feeling was that the officials had to master this one or someone else was going to get hurt, but before that, the physics transformed into something really, really funny.

Atkinson scored a fine goal, there are a few seconds of celebration, then chaos. We’re as close to a line-up brawl as we’ve seen in recent memory, and the goal song continues to pound at full volume. The atmosphere was impeccable. We could use a little more nonsense like this.

Alright, but back to the serious conversation. The Flyers are once again at a crossroads. After a solid performance overall, the Flyers have a chance to gain momentum, but they will have their work cut out for them. They have a Vegas team that can do some damage (although they’ve had a bit of a colder streak recently) on deck for Tuesday, and it’s going to be a big test for them. It seems like every time they get a chance to build on good work, they fall flat and back down. But it’s also their healthiest offense in about a century (don’t check us on that), and it gives them a boost. It was a committed and at times quite dynamic team that showed up for yesterday’s game, but the question remains as to which team will show up for the next game. Let’s see if they can break the cycle.

Here’s how to bet on online sports in Illinois