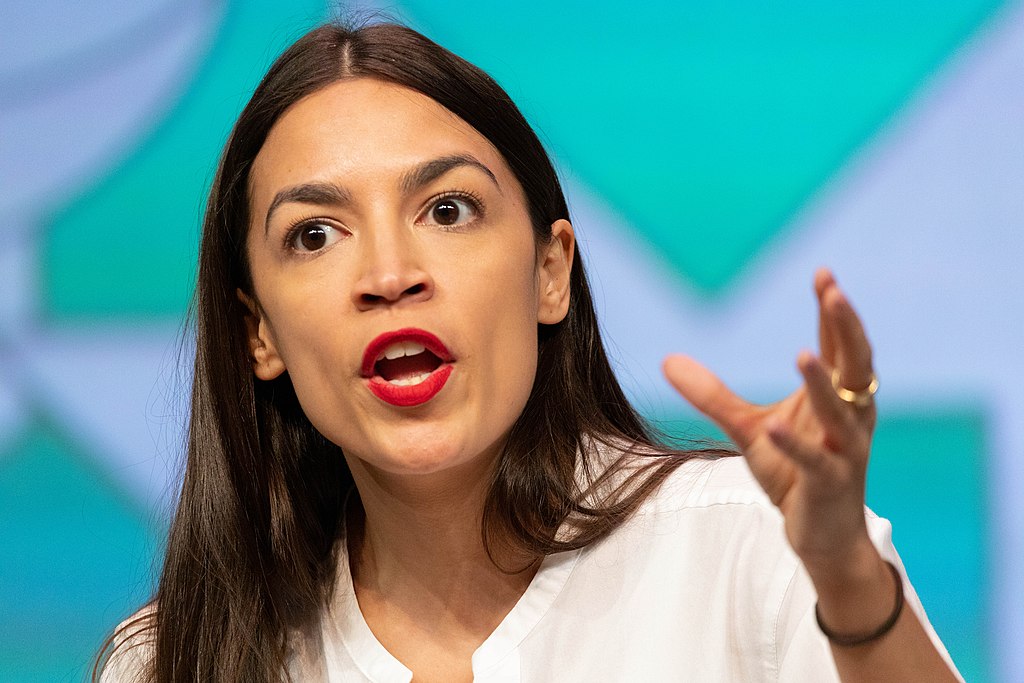 While only a few dozen people across the country could attend a subcommittee hearing Wednesday morning under the House Financial Services Committee on solutions to improve access to our country’s banking system, millions now have saw the viral clip of Rep. Alexandria Ocasio-Cortez taking her colleagues to blame for failing to read the legislation they were commenting on. And if you had read the bill before hearing their comments, that would be clear as day.

The Public Banking Act, introduced in October 2020 by representatives Ocasio-Cortez and Tlaib, reflects legislation that was introduced in several states and passed in California, establishing a federal regulatory framework to oversee and serve public banks at the municipal and state levels. that put the needs of communities above corporate greed. After all, if private banks have FDIC insurance, access to the Federal Reserve and Treasury, and are (insufficiently) regulated by governments, then why should public banks not?

What does it do not do? Establish a national bank (the Federal Reserve is our central bank), take over private banks, create a single public bank, or funnel unlimited amounts of taxpayer income into high-risk loans, as the Republicans on the committee claimed. Nonetheless, they insisted that a public banking option would usher in an economic apocalypse and the death of American industry and innovation.

The audiences on the public bank are the same every time. At every opportunity, Wall Street lobbyists and think tank experts – still the only critics of the public bank – spring up to repeat the same tired talking points: â€œHave you been to a DMV? or “Big Brother is coming to crush the competition and steal our freedoms and our goods!” These claims come despite legislation in many cities, states and now Congress explicitly stating otherwise, and serve primarily to muddy the waters.

The CATO Institute and the Competitive Enterprise Institute (both directly funded by Charles Koch and fossil fuel companies, among others) and the American Bankers Association (the lobbying arm of the Wall Street mega-banks) have blatantly lied and misrepresented what the public banking laws clearly stipulate protect a status quo of private banks which have not invested in socio-economic and environmental crises when they are not considered profitable. While Republicans in Congress didn’t bother to read the bills, they had no problem memorizing the talking points conveyed to them by bankers and their think tanks.

What is public banking and why is it so scary? Just look to the Bank of North Dakota (BND), a bank owned and operated by the state of North Dakota. BND Partners With Credit Unions And Community Banks Across The State To Increase Lending Capacity To North Dakota Residents At More Affordable Rates, Rather Than Let The Wall Street Giants Rogue Dakota Prices of the North to maximize their profits.

The result? North Dakota has more credit unions and community banks per capita than anywhere else in the country, and BND regularly returns its surpluses to the general state fund to increase funding for public projects. Even more impressive, thanks to its demands to make safe and sound investments, it was one of the few banks in the country to operate in the dark throughout the 2008 financial crisis and the 2020 recession triggered by COVID. . In addition, he was a shining example and processed more PPP loans in North Dakotas than any financial institution in the country.

Over the past few years, we’ve seen what looks like an apocalypse as wildfires left California skies red with blood and smothered in smoke, entire cities reduced to rubble, almost all directly from poor infrastructure. managed by the highest energy in the state. companies. For decades, hurricanes left southern cities underwater and were ravaged by hurricanes.

Every year more and more carnage occurs around the world as the clock to end the climate catastrophe approaches zero. The only way forward to save humanity is to face these crises and build a new economic base capable of renovating our 100% renewable energy grid, building sustainable and truly affordable housing and transit systems. And much more. It is vital that our governments are equipped with all possible tools to mobilize the necessary resources.

Thanks to the work of local organizers in cities up and down the state, 2019 saw the passage of the first public banking legislation in a century in California, creating a regulatory framework and a path for municipalities to establish banks. public. With the creation of public banks in California, cities like San Francisco, Los Angeles, New York, Philadelphia, Seattle, Chicago, San Diego and many more would have additional tools to invest their public revenues and assets in large projects. like public infrastructure, renewable energy, affordable housing and partnering with local banks to further increase their lending capacity and stimulate more affordable investments in small businesses, housing, education, etc.

For-profit mega-banks have almost completely monopolized public finances and have failed miserably to provide the necessary services to the communities they are tasked with serving. Due to the lack of public options, every city in the country is forced to turn to the titans of Wall Street for banking services, held hostage by profit margins and predatory banking practices. Millions of people across the country do not have access to most basic financial services such as a checking account or savings account, which the for-profit banking sector still has not provided, forcing them to rely on. most vulnerable residents across the country to turn to payday lenders and check cashing. industries that charge up to 400 percent interest rate. And their investments have accelerated environmental destruction and wealth inequality by directly funding fossil fuels, gunmakers and private prisons.

In the midst of all of this, there is virtually no mechanism to hold these banks accountable for their crimes, let alone democratize our financial sector. It sounds like common sense to many. We pay taxes to a government and expect it to use those funds to provide services to residents and improve the quality of life. Yet the reality is that the taxes we pay are sent to Wall Street and used to secure loans to fund oil pipelines, defense contractors, and overpriced student loans.

These conditions call for immediate government intervention, ironically creating the competition reactionary politicians demand as the engine of progress and innovation, failing to realize that a strong network of state-owned banks is the very competition that can set a new standard. industry by charging lower interest rates. rates on public infrastructure; and providing capital to credit unions and community banks to more affordably meet the needs of local economies.

For-profit giants have called themselves “too big to fail,” but still fail to meet the most basic needs of the communities in which they are tasked with investing. It’s time to seize the opportunity to create a better, fairer alternative – one that is accountable to the public and will uplift and empower communities left behind by Wall Street. As Representative Rashida Tlaib argues, it’s not that banks are too big to fail, but that people are too important to fail.