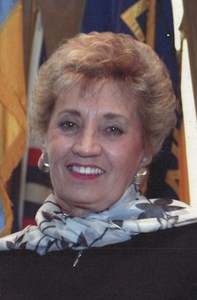 A screening and funeral mass is scheduled for Friday for the former president of the city council Anna Verna, who died on Tuesday. She was 90 years old.

The viewing will take place from 9:45 am to noon at St. Richard’s Church, 3010 S. 18th St., followed by his funeral mass at 12:30 pm Interment will be in Holy Cross Cemetery, Yeadon. In lieu of flowers, the family requests that contributions be made on their behalf to St. Richard’s Church, 3010 S. 18th St., Philadelphia, PA 19145. To offer expressions of sympathy to the family, visit www.montiragofuneralhome.com. Arrangements by Maison Funéraire Monti-Rago Inc.

Verna represented the 2nd Councilmanic District from 1975 to 2011. She is the only female council chairperson in town history, serving from 1999 until her retirement after enrolling in the deferred retirement option plan.

Anna Cibotti grew up in the 2200 block of Dickinson Street. She began serving the city in 1951, when she was hired to work for City Treasurer Richardson Dilworth.

She was hired by her father, William Cibotti, when he was elected to the headquarters of the 2nd arrondissement in 1967. She succeeded him on his death in 1975.

She was married to Severino Verna and they lived in her funeral home in the 1200 block of S. Broad St. They then moved to Packer Park. Severino Verna died in 2009.

Severino Verna co-founded the Columbus Day Parade in 1957, and his wife was its president for many years.

Among her other accomplishments, she helped fund the Cascia Center at the National Shrine of St. Rita, 1166 S. Broad St .; promote the freezing of property taxes and affordable housing for the elderly; and the expansion of the Philadelphia International Airport and the Philadelphia Naval Business Center.

“I am deeply saddened by the passing of my friend and former colleague Anna Verna. Ms. Verna’s family and friends are in our thoughts and prayers. Council President Verna served this legislative body with distinction for 36 years. She made history as the first female council chairperson and served the residents of her Second District South and Southwest Philadelphia and Downtown Council with professionalism, dignity and determination over the years. .

“On a personal level, President Verna taught me the importance of patience and confidentiality in our dealings with our colleagues, and her genuine concern for any problems or challenges you encounter as an elected official. You knew she was always there for you. Rest in power, my good friend.

City councilor Kenyatta Johnson took over from Verna in the 2nd arrondissement. He presented a resolution in 2017 naming Broad Street, between Federal Street and Wharton Street, “Anna Cibotti Verna Way”.