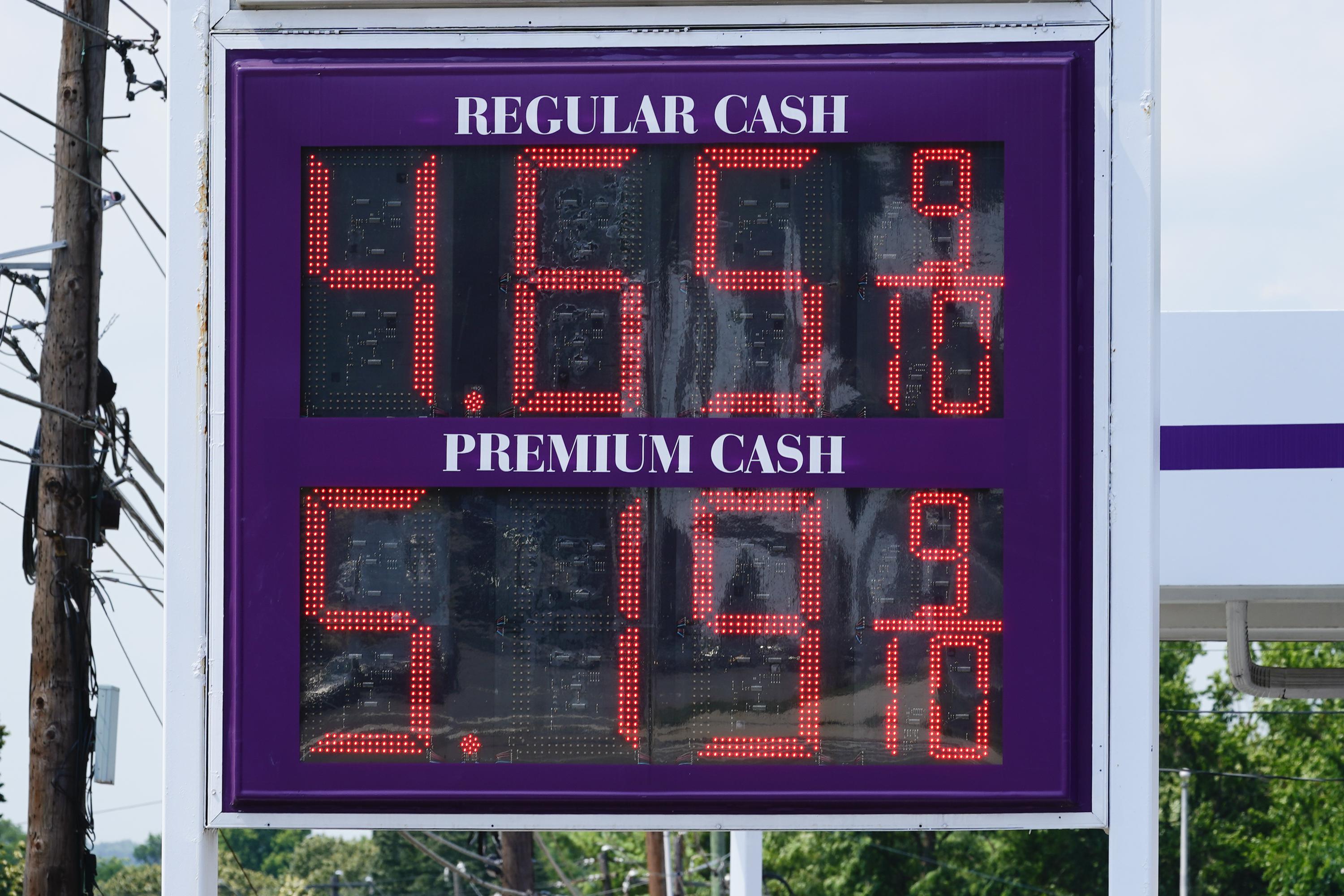 US inflation jumps again in June, raising risks to economy

The government’s consumer price index has climbed 9.1% over the past year, the biggest annual increase since 1981, with almost half the increase due to rising costs of energy.

Low-income and black and Hispanic Americans have been particularly hard hit, as a disproportionate share of their income is spent on essentials such as transportation, housing and food. But with the cost of many goods and services rising faster than average incomes, a large majority of Americans are feeling the pinch in their daily routines.

For Marcia Freeman, 72, who is retired and living on a pension, there is no escaping rising expenses.

“Everything is going up, including cheaper items like store brands,” said Freeman, who visited a food bank near Atlanta this week to try to control her grocery costs.

As consumer confidence in the economy declines, President Joe Biden’s approval ratings also decline, posing a major political threat to Democrats in November’s congressional election. Forty percent of adults said in a June AP-NORC poll they thought tackling inflation should be a top government priority this year, compared to just 14% who said so in December.

US inflation erupted amid a rapid rebound from the 2020 pandemic recession. Consumers unleashed a wave of pent-up spending, spurred by vast federal aid, ultra-low borrowing costs and savings that they had accumulated while cowering. As Americans funneled their purchases into household items, like furniture, appliances and exercise equipment, supply chains became tangled and commodity prices soared. Russia’s war against Ukraine has further boosted energy and food prices.

Over the past few months, as Covid fears have subsided, consumer spending has gradually shifted away from goods towards services, driving up prices for holidays, dining out and entertainment.

The year-on-year jump in consumer prices last month followed an 8.6% annual jump in May. From May to June, prices rose 1.3% – the biggest monthly increase since 2005 – after prices jumped 1% from April to May.

Still, some economists held out hope that inflation could peak in the near term. Gasoline prices, for example, soared from the $5 a gallon hit in mid-June to a national average of $4.63 on Wednesday — still much higher than a year ago, but a drop that could help slow inflation in July and possibly August.

“While today’s headline inflation reading is unacceptable, it is also outdated,” President Biden said Wednesday. “All major economies are struggling with this COVID-related challenge.”

Latest disappointing inflation data released at start of Biden’s Middle East tripwhere he will meet with Saudi officials to discuss oil prices, among other topics.

There have been signs of inflation slowing down before – last summer and in April this year – only to surge again in the following months.

“There may be some relief in the July numbers – commodity prices have at least come down – but we are very, very far from normalizing inflation, and there are no tangible signs of downward momentum,” said Eric Winograd, economist at Asset Manager AB.

For now, the relentless pace of price increases has frustrated many Americans, some of whom blame companies for using inflation as a hedge to raise prices beyond the amount they need to cover their own costs more students.

“I feel the pain of inflation every day,” Susana Hazard said outside a grocery store in New York this week. “Every day everything goes up and up, more than inflation – they adjust prices. Because even though there is no inflation, they have raised prices.

Most economists argue that rising business prices are, at most, one of the many causes of runaway inflation. and not the main one.

The magnitude of the price gains shows how rising costs have seeped into almost every corner of the economy. Grocery prices jumped 12.2% from a year ago, the biggest increase since 1979. Rents rose 5.8%, the most since 1986. New car prices increased by 11.4% over the previous year. And average airline fares, one of the few items to show a price drop in June, are nonetheless up 34% from a year earlier.

The biggest shock was energy prices, which soared 7.5% between May and June alone. Gas prices have skyrocketed nearly 60% from a year ago.

Excluding the volatile food and energy categories, so-called core prices rose 0.7% from May to June, the largest such increase in a year. Core prices jumped 5.9% from a year ago.

Inflation is rising far beyond the United States, with 71 million people pushed into poverty within three months of Russia’s invasion of Ukraine, the United Nations Development Program announced last week.

The economic damage of war has been particularly severe in Europe, with its reliance on Russian oil and natural gas pressing businesses and consumers with significantly higher bills for utilities, groceries, gas and more. Inflation hit record highs of 8.6% last month in the 19 countries that use the euro and 9.1% in the UK in May.

With many people out of the housing market and looking to rent instead, the demand for apartments has driven rental rates beyond affordable levels. The average cost of new leases has jumped 14% over the past year, according to real estate broker Redfin, to an average of $2,016 per month.

Persistently high inflation has unnerved Chairman Jerome Powell and other Fed officials, who are engaged in the fastest series of rate hikes since the late 1980s trying to slow the price spike. The central bank is expected to raise its key short-term rate later this month by three-quarters of a point, as it did last month, with potentially bigger rate hikes to follow.

Powell stressed that the central bank wants to see “hard evidence” that inflation is slowing before calling back its rate hikes. Such evidence should be a “series of falling monthly inflation readings,” Powell said at a news conference last month.

Many economists worry that the Fed’s drive to rein in inflation could lead it to tighten credit too aggressively, even as the economy, by some measures, is slowing. Much higher borrowing costs could trigger a recession, potentially by next year.