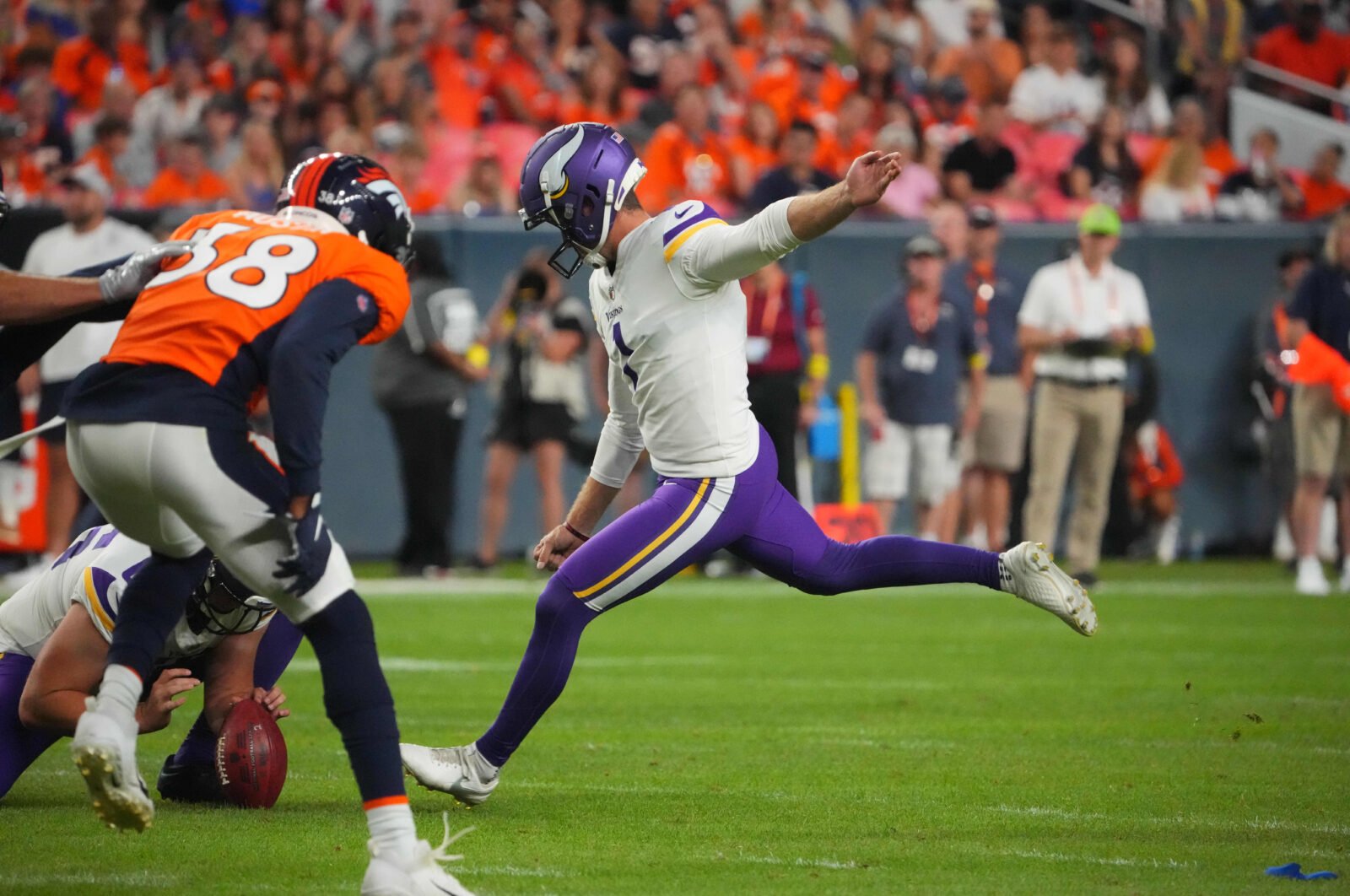 The following questions are about current Minnesota Vikings topics that PurplePTSD answers. Today is the edition of September 19, approached in a trendy way. If you have any questions, please email them to [email protected]

Please also note: These are opinion-based answers. Some answers will sometimes be incorrect. But we will try to keep this to a minimum.

Q: Pick a Viking you consider the game breaker tonight?

Give us a Greg Joseph with game-changing kicks in Philadelphia. The game is expected to be tight, which means Joseph’s trades will be even more crucial. He proved in Week 1 that he had the boot to hit from distance.

And in defense Dalvin Tomlinson must have a top game if the Vikings are to stifle the Eagles’ hasty aspirations. Tomlinson performed well against the Green Bay Packers last weekend, and we expect a good follow-up.

Q: Do you think Justin Fields ever figured that out?

A: No, not to the degree the world believed the night of the 2021 draft.

He’s downright not very good, and he just doesn’t seem like “a few things” to put it all together. He may have the ceiling of a Tyrod Taylor type, where he stays in the league for years, but no one is afraid of him.

It doesn’t help that Bears surrounded him with a miserable offensive line and General dollar wide receivers after Darnell Mooney.

Q: Is it time to take Lions seriously?

A: Time to take Lions seriously with cap around 9-8.

Their offense is heartbreaking – whoodathunkit, isn’t it? – even without Jameson Williams on the court. They should be even better when Williams tries offense for size.

However — there is always a Nevertheless with the Lions – Detroit’s defense is not good. Well, at least he didn’t go through two games. Yes, Aidan Hutchinson had 3 sacks on Sunday – good for him – but the Lions defense ranks 30th in the NFL by EPA/Play.

A team with the third worst defense in the world cannot be taken seriously. Ergo, that’s a 9-8 cap for 2022, which is good news for loyal Lions.

Dustin Baker is a political scientist who graduated from the University of Minnesota in 2007. Subscribe to his daily YouTube channel, VikesNow. He host a podcast with Bryant McKinnie, airing every Wednesday with Raun Saw and Sally from Minneapolis. His Viking fandom dates back to 1996. Guilty pleasures listed: Peanut Butter Ice Cream, “The Sopranos” and The Doors (the band).