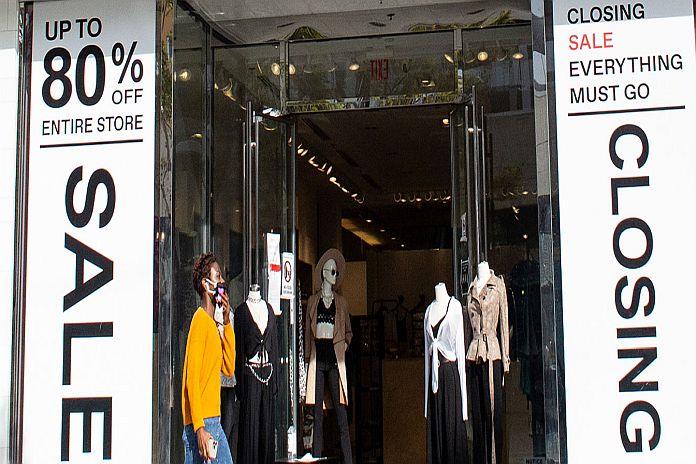 The pandemic has hit small and medium-sized businesses particularly hard, in part because they are predominant in certain contact-intensive industries like hotels, restaurants and entertainment. As a result, many advanced economies are at risk of a wave of liquidations that could destroy millions of jobs, damage the financial system and weaken an already fragile economic recovery. Policymakers should take innovative and swift action to mitigate this tide.

Plentiful liquidity in the form of loans, credit guarantees and debt moratoriums have protected many small and medium-sized businesses from the immediate risk of bankruptcy. But liquidity support cannot solve solvency problems. As businesses rack up losses and borrow to keep going, they risk becoming insolvent with debts that far exceed their repayment capacity.

New staff research quantifies this solvency risk, and the findings are concerning. The pandemic is expected to increase the share of insolvent small and medium-sized businesses from 10% to 16% in 2021 in 20 mostly advanced economies in Europe and the Asia-Pacific region. The increase would be of a similar magnitude to the increase in liquidations in the 5 years following the 2008 global financial crisis, but it would take place over a much shorter period of time. Projected insolvencies put around 20 million jobs at risk (i.e. more than 10% of workers employed by small and medium-sized enterprises), roughly the total number of workers currently unemployed, in countries covered by the analysis.

Additionally, 18% of small and medium-sized businesses may also become illiquid (they may not have enough cash to meet their immediate financial obligations), underscoring the need for continued liquidity support.

Another concern is the implications for banks. The increase in insolvencies of small and medium-sized businesses could trigger defaults and lead to large write-offs, thus draining bank capital. In hard-hit countries, mainly from southern Europe, banks’ Tier 1 capital ratios (a key measure of their financial strength) could fall by more than 2 percentage points. Small banks would be hit even harder, as they often specialize in lending to small businesses: a quarter of them could experience a drop of at least 3 percentage points in their capital ratios, while 10% could face an even larger drop of at least 7 percentage points.

Compared to past crises, this time around, the case for government solvency support is clearer. Because of the magnitude of the problem, the costs of bankruptcies to society far exceed their costs to debtors and individual creditors. For example, if a wave of insolvencies floods the courts, the courts could fail to restructure viable businesses and push them into liquidation. Undue losses of valuable productive networks, human capital and jobs would follow.

In practice, countries with adequate fiscal space, transparency and accountability might consider quasi-equity injections into small and medium-sized enterprises. Indeed, several are already actively exploring this option, particularly in Europe. One approach is for governments to extend “profit sharing loans” through new loans or the conversion of existing loans. These loans would be lower than all other existing receivables and their repayment could be partially indexed to the profits of the company. Targeting the right companies, those that are insolvent due to the pandemic but have viable business models, is very difficult. For this reason, governments could consider making their support conditional on the injection of equity capital by private investors (such as banks), which would allow the market to play a leading role in identifying a company in the market. as a viable business. France, Italy and Ireland have proposed or adopted policies to encourage private investors to contribute capital. The support could also be phased in time and new tranches would only be deployed as the uncertainty of sustainability subsides.

Targeted injections of quasi-equity would be much more effective and powerful than providing support to all companies. General (blanket) injections benefit two types of businesses that should not receive solvency assistance: those that do not need it because they are solvent even in the midst of the crisis, and those that would. been insolvent even without the pandemic – this too just happens to be less productive. By way of illustration, a targeted support program with a budget of around half a percent of the overall GDP of the 20 countries analyzed could reduce more than 80 percent of good companies (viable but currently insolvent) to zero net capital. (a minimum definition of solvency). This is more than four times more than what would be achieved under a comprehensive approach supporting all small and medium enterprises without distinction.

To ensure a strong recovery, governments in advanced economies must address the distress risks of small and medium-sized enterprises. The combination of continued liquidity support, quasi-equity injections and strengthened restructuring mechanisms could greatly contribute to this objective.

Legal warning: MENAFN provides the information “as is” without warranty of any kind. We accept no responsibility for the accuracy, content, images, videos, licenses, completeness, legality or reliability of the information contained in this article. If you have any complaints or copyright issues related to this item, please contact the supplier above.