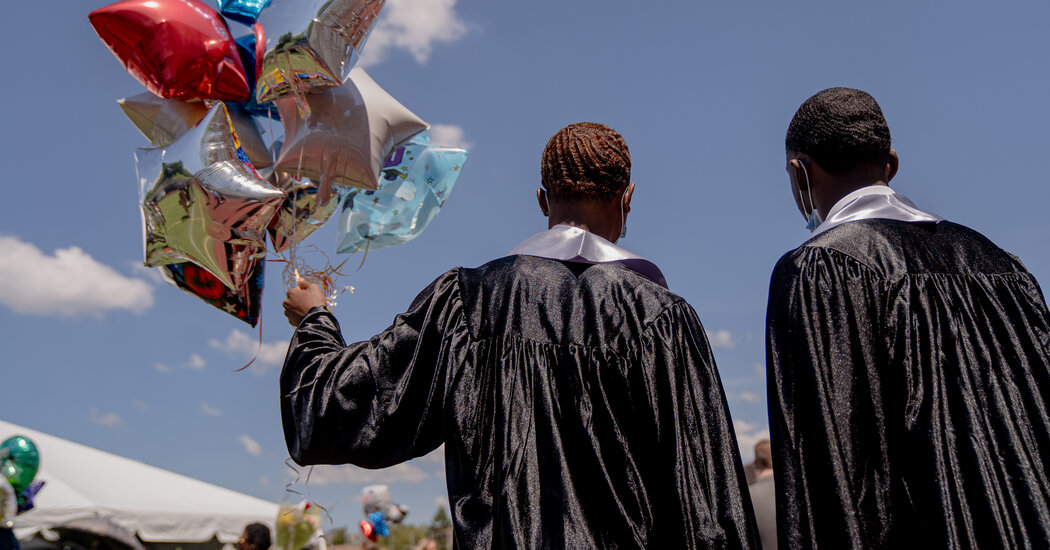 Review: “After the Falls of the Ivory Tower”, by Will Bunch

AFTER THE FALL OF THE IVORY TOWER: How college shattered the American Dream and blew up our politics – and how to fix it, by Will Bunch

Americans owe $1.7 trillion in student loans, an amount so gargantuan that it has lodged itself in the public consciousness like the visibility of the Great Wall of China from space, except the debt monument grows and lengthens every year.

“After the Ivory Tower Falls,” by Philadelphia Inquirer columnist Will Bunch, tells how the Great Wall of Loans was built and why it divides us, how higher education has gone from a beloved guarantor of opportunity to , in Bunch’s account, the fracturing force of cultural and economic separation. It’s ambitious and engrossing, even when the narrative sometimes struggles to meet the demands of Bunch’s argument that the university has become “a fake meritocracy rigged to make half America hate it.”

Bunch’s story traces missed opportunities to define and fund college as a public good, beginning with the unexpected success of the 1944 GI Bill in sending millions of white veterans to college for free. President Harry S. Truman’s Commission on Higher Education in 1947 acted on an ambitious vision of enlightened and productive citizens educated by federally funded colleges and universities.

But like so many good things, the idea was ruined by racists — in this case, Southern lawmakers who feared federal programs would force them to educate black people. While an undergrad named Mario Savio helped found the free speech movement in Berkeley (after registering black Mississippi voters during the freedom summer of 1964), an aging actor named Ronald Reagan saw an opportunity to escalate middle-class revulsion toward campus radicals to the California governor’s mansion. Reagan went on to champion an anti-tax and small government philosophy that would erode public education revenue for decades to come.

Bunch applies his skills as a veteran journalist throughout the book, incorporating the first-hand voices of Savio’s widow, gunshot survivors of the Kent State massacre and many more, to great effect. . But most of his reporting focuses on current conflicts that seem to be dividing the nation. He speaks with liberal college professors shocked by the Trump presidency’s activism and with nearby Trump-worshipping townspeople who feel alienated by wealthy students and the cultural convulsions they represent.

The prose is tight, direct and often invigorating. We meet an idealistic low-income graduate weighed down by six-figure loans and a voter from Obama to Trump who left college for a factory job that paid handsome wages until it was no longer the case. Both are treated with fairness and humanity. Bunch describes how the dream of college as a tool for democratic citizenship has “instead become the brutal demand to show your papers to cling to the middle class.”

The final chapters bring the past and present together in a single argument: that the “university problem” is underestimated as a major driver – perhaps the main driver – of the deep chasm that divides Americans by class, culture, geography and ideology. Until very recently, Bunch notes, people with college degrees split their votes roughly equally between Democrats and Republicans, as did voters who hadn’t been to college. Bill Clinton won the presidency by attracting non-college voters, and until 2012 Barack Obama’s margin among college graduates was relatively small.

But the Trump years caused, or were caused by, a heartbreaking separation of the electorate into opposing camps defined by educational attainment. College-educated Republicans fled the party in droves, while college-educated Democrats ran in the opposite direction. The result was two tribes that disagreed not only on values ​​and ideals, but also on fundamental principles of science and fact.

A self-proclaimed progressive, Bunch acknowledges but doesn’t dwell too much on campus debates around race and gender that are sometimes described as “identity politics.” Its main goal is the transformation of public universities into institutions that seem deliberately designed to exclude voters who have left the Democratic fold. Decades of lost opportunity to organize and fund college as a public good have come at a cost, expressed in tuition fees and funded by student loans.

While universities still publicly decry funding cuts, many weren’t so secretly happy that the excuse was becoming more exclusive, costly, and focused on the desires of the wealthy. This is how excellence has always been defined in American higher education. Just as tectonic economic shifts left tens of millions of workers in need of new training and qualifications, the public university system became less affordable and more beholden to “meritocratic” ideas that barely masked the interests of the ruling class. Meanwhile, even students who might have been inclined by background and politics to embrace higher education have been disappointed by the spiraling debt crisis.

All of this is true and important. But it’s starting to creak as an all-encompassing explanation for the alarming state of the body politic. Bunch devotes a long chapter to a four-part taxonomy of American discontent, defined by the axes of age and academic achievement. One example is Dave Mitchko, a Scranton-area man in his 50s without a degree, briefly famous for handing out thousands of Trump 2020 signs from his garage.

Perhaps Mitchko truly believes he signed a social contract “that you didn’t need a fancy college education to have a great life in the United States — only to see it tear apart” right in front of him. This deal didn’t last long, historically speaking, and was only ever offered to people with names like Dave and Mitchko. And it was broken because the factory he used to work made vinyl records and compact discs. Technological change is a fact of life, and colleges weren’t responsible for deunionization or trade policies that exposed workers to competition from foreign labor — or for Mitchko’s belief that George Floyd resisted arrest.

Bunch is careful to acknowledge all of this. But at some point, fair warnings start to look like counter-arguments. The colleges have been as much the site of political division as they have been its root cause.

At times, Bunch overgeneralizes from the experiences of public universities in his home state of Pennsylvania, which have been underfunded to an unusual degree. Nationally, state funding for colleges hasn’t dropped drastically, in part because neighboring states like New York and Maryland have done much better. His story of a student loan crisis caused in part by nefarious financial engineers on Wall Street begs the fact that the loan system was almost entirely deprivatized in 2010. The vast majority of that $1.7 trillion was lent directly by the federal government at subsidized rates.

“After the Tower Falls” concludes with a thoughtful and nuanced discussion of the practical and political challenges facing lawmakers trying to bring the higher education system back to public use. He also advocates a strongly encouraged form of national service as a means of recreating the post-World War II spirit of national unity, without the war. The older members of our warring political tribes may be too far apart, but Bunch still has hope for younger generations working together on behalf of their communities, rather than fighting alone through a university system filled with financial pitfalls at every turn.

AFTER THE FALL OF THE IVORY TOWER: How college shattered the American Dream and blew up our politics – and how to fix it, by Will Bunch | 310 pages | William Morrow | $28.99