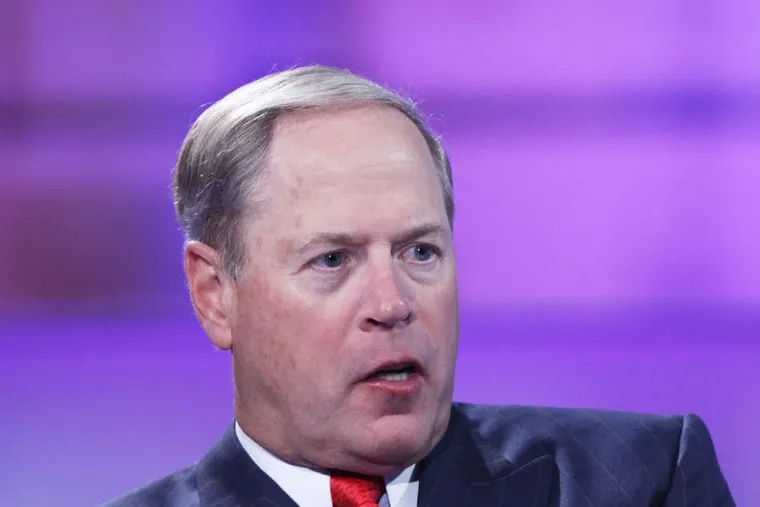 The board of Republic First Bancorp, which owns the Philadelphia-based Republic Bank and its 33 branches in Pennsylvania, New Jersey and New York, appears to have split equally into two camps. Part supports CEO Vernon W. Hill II. And a rival group is close to George Norcross, Hill’s former business ally in South Jersey, who is seeking to oust him, cut the bank’s expenses and boost its profits.

In an unusual move, a faction calling itself “Concerned Republic First Bancorp Directors,” comprising four of the eight directors, sent a public letter to the bank on Friday, urging Hill and three board members loyal to him “to not to continue their personal transactions”. transactions” that would make it more difficult for dissidents like Norcross to take control of the bank.

The dissenters asked their fellow trustees to delay voting on four proposals they said were under consideration for the upcoming Republic board meeting that has yet to be scheduled.

Republic management responded with a brief statement that the bank “is deeply troubled” that the dissident directors “are seeking to make public a letter that is both factually and legally unfounded.”

The fight is taking place at a time when rising interest rates have reignited interest in bank mergers, even for low-cost banks like Republic First. The value of its stock under the symbol FRBK had mostly fallen since Hill took over in 2016 – until the Norcross campaign and other dissidents revived interest, driving the price above 5 dollars per share last month, from a low of around $3 last fall.

Hill’s faction faces opposition in elections expected at this upcoming meeting from three rival board candidates backed by another dissident investor group, which Norcross’s group said he would support

Additionally, Norcross and former TD Bank CEO Gregory Braca have requested new seats on the board. Their group has bought almost 10% of the bank and wants to buy more.

In their statement, the dissidents claim that some of these measures have already been approved by the board of directors of the company’s banking subsidiary and suggest that there has been a campaign to “bypass” the board.

And they protest that the proposed changes are a “thinly veiled attempt” to give Hill supporters an unfair advantage over other investors.

Cohen has a history with Hill: He is a longtime investment manager for billionaire Wall Street hedge fund manager Steven A. Cohen of SAC Capital Advisors LP, who was a major investor in Hill’s former bank, MetroBank Plc, whose share value plummeted after UK regulators realized it had underreported bad debt.

Andrew Cohen was also an investor in PetPlan, a pet insurer in Newtown Square where Hill, the lead investor, became embroiled in a costly battle with managers he had previously installed.

Jacobs, a partner in the Philadelphia office of the law firm Stradley Ronon Stevens and Young, is also supportive of the Norcross campaign; Madonna, the former President of the Republic who stepped down when Hill bought 10% of the bank in 2016; and Wildstein, who runs LifeLine Funding LLC.

Among Hill’s allies, Theodore Flocco and Barry Spevak are CPAs, and Brian Tierney, former Inquirer publisher and longtime member of its board, is president of Realtime Media.

Here’s how to bet on online sports in Illinois