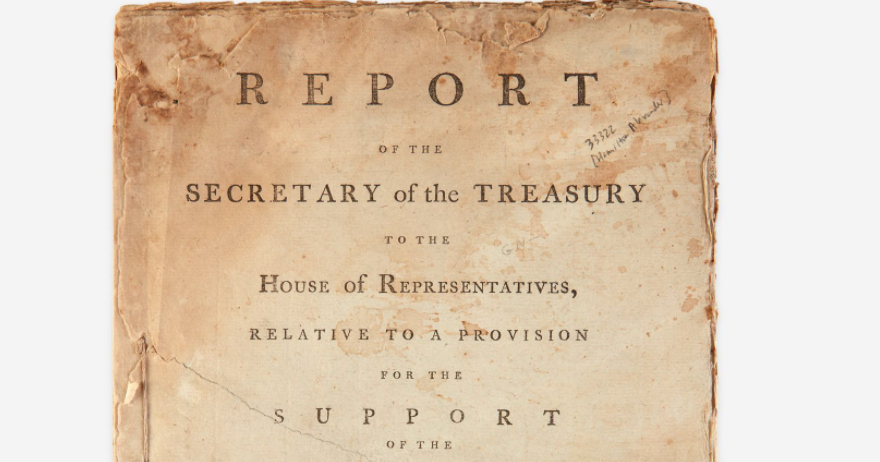 American history buffs, and maybe even fans of the hit Broadway show “Hamilton”, might be interested in an auction taking place in Philadelphia this fall.

“The Alexander Hamilton Collection”, a rare collection of documents signed by the Founding Father, will be available for purchase at Freeman’s Auctions in Philly in October.

The collection was assembled by John E. Herzog, who founded the Museum of American Finance in New York.

Herzog’s background in finance led him to develop a deep interest in Hamilton, especially in documents from when the founding father was the country’s first treasury secretary and helped establish the country’s financial system. Hamilton was Secretary of the Treasury under President George Washington from 1789 to 1795.

Herzog collected financial and other documents related to Hamilton from the 18th century and the federalist era from 1789 to 1801, during which the founding father’s political party controlled most of the US government. The collection includes rare documents, autographed letters, checks and signs from the history of the United States.

The collection is highlighted by the first printing of the “Report of the Secretary of the Treasury … for the Support of the Public Credit of the United States” of 1789. Comprised of Hamilton’s economic policies for the newly formed nation, the report is viewed as the flagship document of American capitalism. The document is estimated between $ 30,000 and $ 50,000.

Other pieces in the collection focus on Hamilton’s personal life, including a rare first edition of “Reynolds Pamphlet” which is expected to fetch between $ 8,000 and $ 12,000. The libretto is Hamilton’s own recap of his affair with Maria Reynolds, where he admits the relationship but claims he was extorted by Reynolds and her husband, and insists he was not corrupt.

Two notable letters in the collection include one written in 1792 by Hamilton to John Hopkins, who at the time was Virginia’s loan commissioner, and another from 1794 in which Hamilton wrote to Thomas Willing, the first president of the First Bank. of the United States, about the United States repaying the debts of France as a result of the American Revolution.

Hamilton’s signed documents auction will be held at Freeman’s on October 25.

A rare copy of the signatories of the Declaration of Independence sold for $ 4.42 million at a Freeman auction earlier this summer. The document’s final price was more than five times its estimate of $ 500,000 to $ 800,000 before the auction.

For my brother who served in Afghanistan, the inane end of the war is no blame game