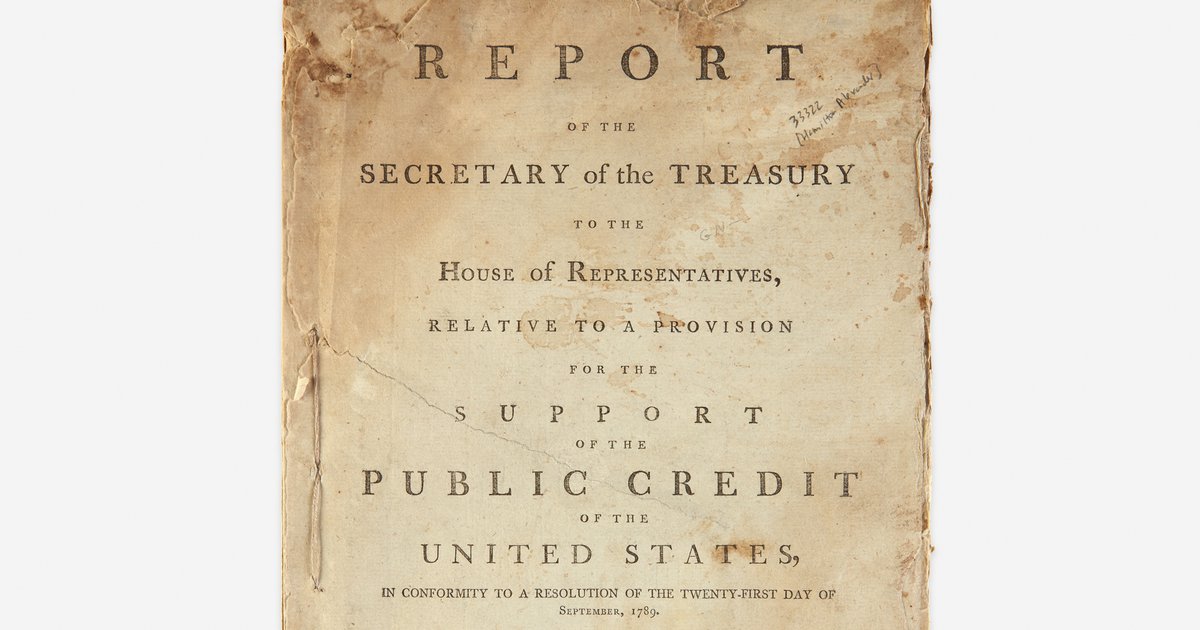 A collection of Alexander Hamilton memorabilia that includes rare documents, signed letters, checks and broadsides is heading to the auction block on October 25.

The collection is from John E. Herzog, founder of the American Museum of Finance. It will be sold in 44 lots via a virtual auction.

One of the most notable is a first edition of the 1790 report of the Secretary for the Support of the Public Credit of the United States. He was describing Hamilton’s financial plans for the new nation, and the bids are estimated to be between $ 30,000 and $ 50,000.

A rare first edition of the infamous “Reynolds Pamphlet”, in which Hamilton revealed his affair with Maria Reynolds, is expected to fetch between $ 8,000 and $ 12,000.

In the pamphlet, which was printed in Philadelphia, Hamilton described the extortion he suffered at the hands of Reynolds and her husband, James, in the midst of the affair. He disclosed the information to clear his name after being charged with a crime he did not commit.

Several signed letters are also up for auction, including a 1792 letter to John Hopkins, loan commissioner for Virginia, and a 1794 letter to Thomas Willing, the first president of the First Bank of the United States. It is estimated that the two letters make between $ 8,000 and $ 12,000.

Hamilton was the first Secretary of the Treasury and established the American financial system as we know it. He became one of the most influential Founding Fathers and played a key role in the ratification and defense of the US Constitution.

He lived in Philadelphia for a time and helped establish the First Bank, the US Mint, and Carpenter’s Hall.

The auction is being organized by Freeman’s, based in Center City. Interested bidders can make an appointment to view the exhibit in person by emailing the auction house at [email protected]

The auction house will host real-time live virtual auctions at 10 a.m. on October 25, although people can start placing mail order auctions on lots and registering for telephone auctions online. . Bidders can also submit an offer form by sending an email to [email protected]

Many schools in Philly are collapsing. Help must come from Washington, say leaders.