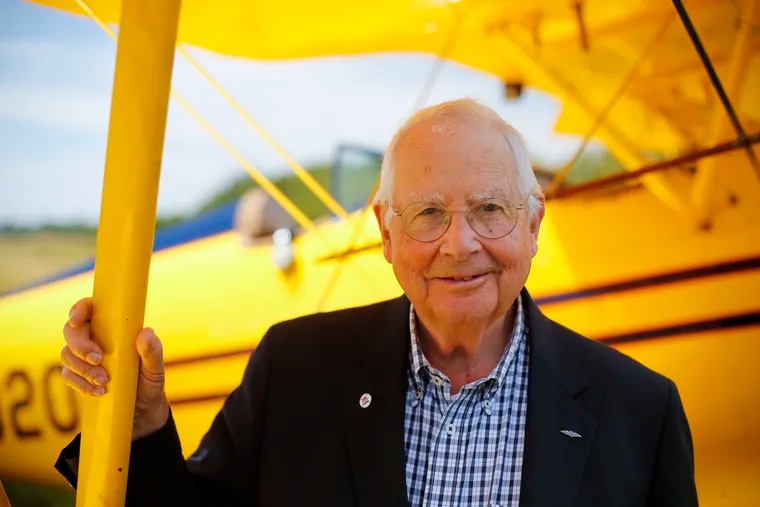 The great-grandson of Joseph Newton Pew, the founder of Sun Oil, Mr. Pew was, among other things, a longtime chairman of the grants committee and a member of the board of directors of Pew Charitable Trusts, a global organization based in Philadelphia which “seeks to improve public policy, inform the public and energize civic life.

He was a director and director of Glenmede, an investment and wealth management company, and previously worked in the audit and treasury services of Sun Oil, the product group, as company secretary and served to its board of directors. He also formed and served as President of Helios Capital Corp., a leveraged leasing subsidiary.

As successful as he was in business, Mr. Pew was also accomplished as a philanthropist, volunteer and community activist. He worked with House of Umoja counseling young Philadelphia gang members in the 1970s and quietly contributed to countless civic, social, artistic, scientific, educational and health care organizations for decades.

‘One should only strive for wealth or power for what could be done constructively,’ he told The New York Times in 1981. ‘It is a vehicle, not an end.’

Mr. Pew has served on the boards of the Children’s Hospital of Philadelphia, the Jackson Laboratory Biomedical Research Institute in Bar Harbor, Maine, and other groups. He was a trustee of Temple University, the Academy of Music, the Curtis Institute of Music, Bryn Mawr College, and Bryn Mawr Hospital.

He helped plan Philadelphia’s Bicentennial celebration in 1976 and established the Brandywine Conservancy and the Brandywine River Museum. “Dad never took credit for anything,” his daughter, Lili, said. “He valued independence, was kind and compassionate, and spoke about the responsibility of giving back to his community 10 times over.”

In a tribute, his family said: “He was a proud and humble mentor to so many, always asking questions instead of providing answers, inspiring curiosity and only asking in return to leave the door open wider. that it had been found.”

Born August 22, 1936, in Philadelphia, Mr. Pew grew up in Long Island, NY. He graduated from Hotchkiss School in Lakeville, Connecticut, attended Princeton University for a time, and graduated from Temple in 1959. Later he was a Sloan Scholar and earned a Master of Science degree from the Massachusetts Institute of Technology.

He worked at Sun Oil’s Marcus Hook refinery while in college, then at production plants in Texas and Louisiana, and in 1960 joined the company’s office in Philadelphia. He married Joan Ferguson in 1958, and they had sons Randy, James, Glenn and daughter Lili.

After a divorce in 1980, he married Daria Decerio in 1993. They had a son Westy, lived in Bryn Mawr and were often noted in the business and society pages of The Inquirer.

Mr. Pew was a lifelong pilot and sailor. He got his pilot’s license at 16, bought a Piper Comanche in 1965, and rode it until just a few years ago. He was a director and chairman of the board of the Aircraft Owners and Pilots Association and a member of the Philadelphia Aviation Country Club.

He sailed his sloop “Gull” in the waters near his second home in Northeast Harbor, Maine, and was a member of the Harbor Club, Seal Harbor Yacht Club and Northeast Harbor Fleet. “When he went to Maine,” his daughter said, “he became a boy again. He could relax and find himself.

Mr Pew was a sports fan who applauded the sporting achievements of his children as well as the Eagles and Phillies. He made time to tune in to college football games on Saturdays and Eagles games on Sundays and loved to rehash the action later that night with Westy, Lili and others.

A member of the Merion Cricket Club and the Union League, he was precise and organised, disliked unfinished business and was known to say, “It sounds like a major symphony ending with a note on a piccolo.”

Mr. Pew could be stern but also witty and irreverent. He liked to tell jokes and befriended the grocer as well as the CEO. Among his notable “three Ws”, he valued wisdom and hard work as much as wealth.

“He despised arrogance,” his son Glenn said. “He had an ordinary man’s attitude, and that determined how he treated people.”

As a father, his daughter said, he encouraged independence, personal growth from mistakes, and responsibility. “He was a wonderful father,” she said. “He was my best friend.”

As well as his wife and children, Mr Pew is survived by other relatives. His ex-wife, son Randy and brother Arthur died earlier.

The services were private.