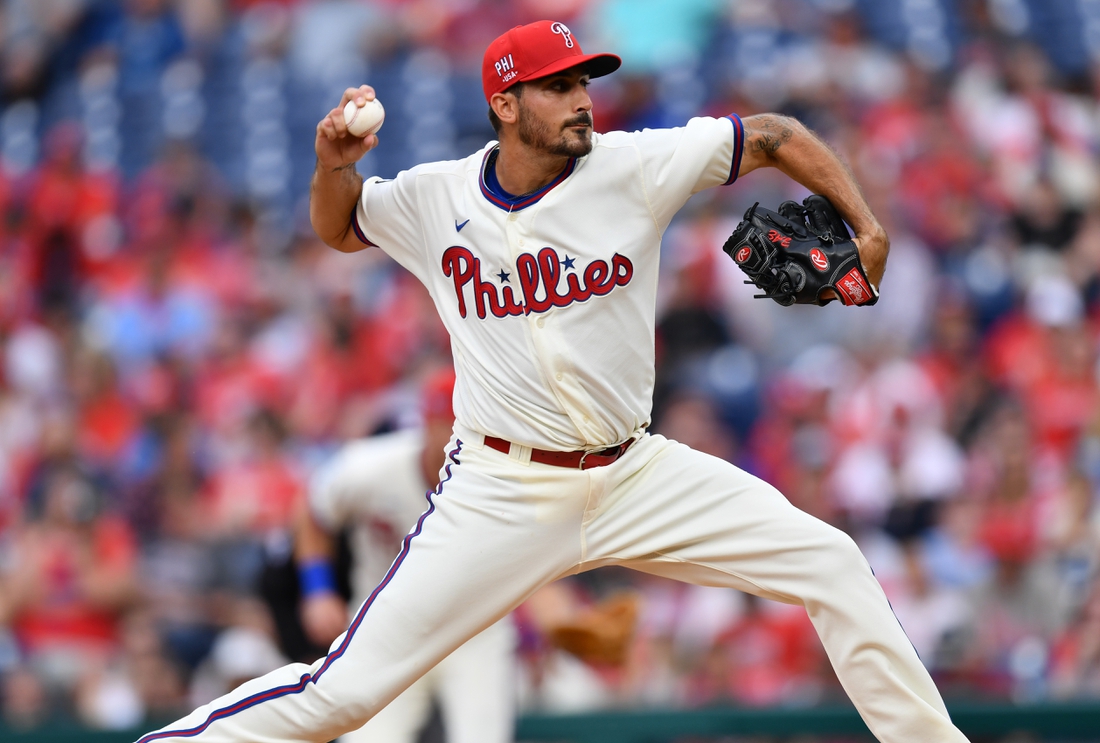 Bryce Harper and Rhys Hopkins each scored one homerun and two RBIs and starting pitcher Zach Eflin limited San Diego to two runs in six innings on Saturday night as the Phillies beat the visiting Padres after two rainy delays in Philadelphia.

Eflin allowed three hits and two walks in six innings. The Padres had just four baserunners in the last eight innings after Manny Machado gave the Padres an early 2-0 lead, following a field single from Fernando Tatis Jr. with his 13th home run of the season with two strikeouts in the first. Two of those four baserunners were knocked out by Double Play Grounders.

Right-hander Eflin (3-6) got credit for the win, ending a five-game losing streak. The Phillies were 1-7 in Eflin’s last eight starts.

Southpaw Ranger Suarez got his first big-league save with a perfect ninth after taking the win on Friday night. The Phillies had blasted saves in six of their last seven games.

The Phillies broke the tie with two runs in the sixth.

JT Realmuto started the rally winning with a one-out triple and scored on Harper’s sacrificial volley to the right. Andrew McCutchen then hit a single and stole the second. Hoskins doubled up in the left corner of the pitch to score McCutchen – after Padres first baseman Eric Hosmer failed to catch Hoskins’ typo near the first.

The Phillies missed a chance to extend their lead to 5-2 in the bottom of the seventh when Alec Bohm was sent off at home plate in a throw from right fielder Jurickson Profar to second base Jake Cronenworth to wide receiver Victor Caratini on the doubled by Jean Segura in the corner.

Yu Darvish (7-3) suffered the loss, allowing four runs on six hits and one walk with eight strikeouts in six innings.

Five reasons to be excited for the 2021 Philadelphia Eagles season