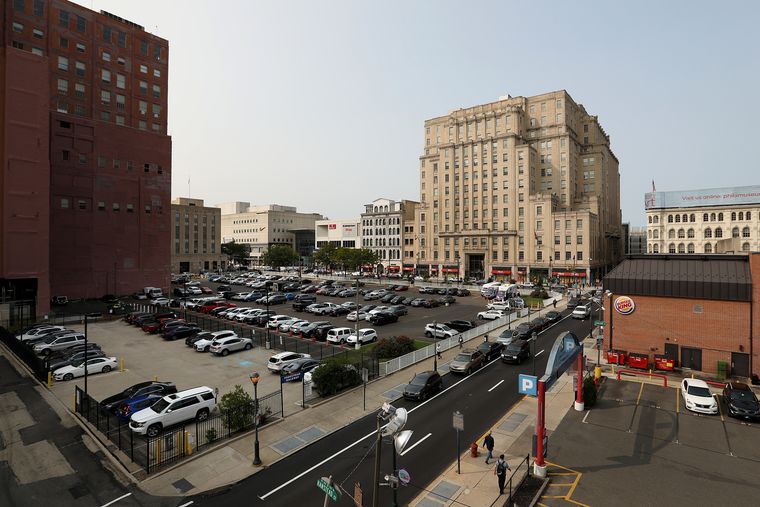 Parker’s legislation reportedly lowered the parking tax rate from 25% to 17%, in exchange for promises by parking lot operators to improve workers’ wages. But the commitment for a higher salary could not be enshrined in law and was therefore inapplicable. The bill has sparked outrage from progressives, who have said businesses shouldn’t need tax relief to pay living wages, and city planners who favor dense neighborhoods and oppose infrastructure centering on the car.

The collapse of the parking tax bill came as council and Mayor Jim Kenney continued their lengthy negotiations on the city’s budget for the fiscal year that begins July 1. Lawmakers met with Kenney administration officials privately for more than a week without a resolution on the key. areas of disagreement such as reducing payroll taxes, increasing funding for violence prevention programs, and how to spend $ 1.4 billion in federal pandemic relief funding.

If it follows its usual procedures, the Council must reach agreement on the budget and tax proposals by Thursday to approve them on time.

READ MORE: What’s holding up Philly’s budget talks? Everyone wants a slice of raise money – or be mayor

Parker’s bill was one of many tax cut proposals being considered in the negotiations. To bolster support for the measure, she struck a deal that detailed promises of increased wages and benefits between two Philadelphia lot companies, Parkway Corp. and Brandywine Realty Trust, and Service Employees International Union Local 32BJ, which represents parking lot workers.

But the bill fell apart when other operators, especially those not based in Philadelphia, failed to sign the deal, according to Parker and the union.

At a committee meeting on Tuesday, Parker said she had pushed for legislation to secure quality jobs for workers.

“I will continue to support essential low-wage workers and do everything possible to lift them out of poverty,” Parker said in a passionate speech. “It won’t deter me for a moment from continuing to work for a day when every worker in the city of Philadelphia will receive real pay with real benefits.”

She criticized the operators of out-of-state parking lots for not having signed the agreement, a reluctance she described as “unreasonable”.

“They made the decision to continue paying poverty wages rather than coming to the table to negotiate,” she said.

The parking tax rate is still expected to fall to 22.5% on July 1, when a temporary increase adopted last year will expire.

Gabe Morgan, vice president of 32BJ, said the union appreciates Parker’s efforts to provide “a potentially historic opportunity for underpaid parking workers through his leadership of the parking tax bill.”

“It is unfortunate that many of the city’s major institutions and national corporations … failed to seize the opportunity to join with the rest of the city’s parking and commercial real estate companies in creating a path of out of poverty for thousands of working people, ”Morgan said. mentionned.

City planners applauded the fall of the bill.

“These cuts would have given money to an industry that pollutes, congests and endangers our city; who exploits their workforce; which caters to suburban commuters – when we should be focusing on the struggles of everyday Philadelphians, ”said Daniel Trubman, organizer of the 5th Square group, which advocates for priorities such as public transportation, parks and high density housing.

Council also passed an amendment to Kenney’s bill on Tuesday to reduce the city’s payroll tax. The amendment leaves his proposed tax cut for Philadelphia residents intact, but reduces the size of the cut he proposed for non-residents who work in the city.

The Council adopted the amendment in a voice vote, but did not move the tax reduction bill, which is linked to the budget negotiations.

READ MORE: The pandemic has slashed Philly’s tax base. What if commuters continue to work from home?

As other budget bills remained stuck in negotiations, the Council proposed legislation to spend $ 13.9 million to speed up the purchase of Tasers for the Philadelphia Police Officers. The bill, sponsored by Council Chairman Darrell L. Clarke and introduced in November after the police murder of Walter Wallace Jr. in West Philadelphia, would allow the city to enter into a five-year contract to purchase 4,500 Tasers.

Officers who shot Wallace while responding to a mental health crisis were not equipped with such electroshock weapons, and the murder prompted calls to equip all officers with these devices.