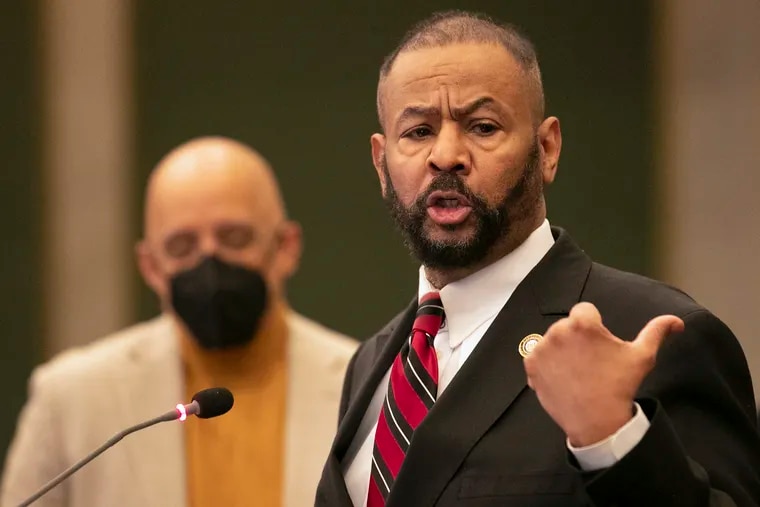 At a Friday hearing on the city’s gun violence, council members and police officials called for the addition of street cameras and a corps of civilian monitors to help traumatized residents living in the 57 blocks the city’s deadliest.

Councilman Curtis Jones Jr. said closed-circuit cameras are in high demand in his district. “I can’t put them in place fast enough in some areas,” Jones said. “Everyone wants one in their neighborhood.”

He and other officials said they relied on unpublished analysis by The Inquirer as part of its “Under Fire” series which identified 57 blocks where 10 or more people have been shot since 2015. Three-quarters City blocks haven’t had a shooting since 2015.

People living around these blocks are forced to make choices about their safety every day, Jones said. “It’s the area you probably won’t use to shop or stand at a bus stop because you knew it was a hot zone,” he said.

In 2020, as homicides rose dramatically, The Inquirer published the first article in the series, which revealed low conviction rates for shootings, and subsequent articles on the record number of arrests for possession of weapons. fire and the emotional and physical toll of victims and communities.

The survey that identified the 57 blocks focused on residents, who live in relentless fear for themselves and their families. (The Inquirer shared the data behind its analysis at the end of the story.)

Police giving evidence at the hearing said their investigations needed to rely on technology more than ever. A problem was recently solved by giving detectives of the newly formed Non-Lethal Shooting Unit as well as the Homicide Unit city-issued cell phones.

Police officials also said they want to add civilian workers to monitor Philadelphia’s extensive network of security cameras to spot and respond to violence more quickly and relay better information to officers near shootings. . This approach is inspired by Baltimore’s “virtual patrol” program.

Chief Inspector Frank Vanore said it was vital to track violent incidents as they occurred, as well as monitor social media for signals that an online feud could become deadly.

In an interview on Friday, Jones said these technologies, while essential, must balance privacy with public safety.

District Attorney Larry Krasner has also taken the 57-block approach as a way to focus limited resources. “It will be an effort to heal, to process the trauma, to stop the hurt as best we can for the whole block, the whole region,” Krasner said in January, outlining a community-driven approach.

While cameras help police and prosecutors with real-time information and evidence, the shooting crisis is complex and solutions must also be broad, city officials say.

Of the 57 blocks, the poverty rate in the areas around them is nearly double the city average, and life expectancy is three years lower than the state average. Most blocks are blighted – vacant homes are three times the city’s average – partly due to long-term divestment.

Almost all 57 blocks share an injustice, which dates back 80 years. They are in areas with black populations that have been “marked,” deemed undesirable on racist property assessment maps that have been federally overseen and shared with lenders. Redlining has made it harder for many black and Latino residents to access loans and mortgages and build wealth.

The largest concentration of the 57 blocks is in a network of streets branching off from Kensington and Allegheny avenues, the notorious heart of Philadelphia’s drug trafficking market. Since 2015, nearly 300 people have been shot within a five-minute walk of this intersection, according to the news agency’s analysis.

The urgency for the city to stem the bloodshed remains high. Since The Inquirer’s story about the blocks published last September, a further 1,443 people have been victims of city shootings, including 318 homicides.

Philadelphia police set a record 562 homicides last year. The vast majority of these murders were committed by gunfire. The 171 homicides so far this year exceed all years except 2021, based on data dating back at least to 2007.