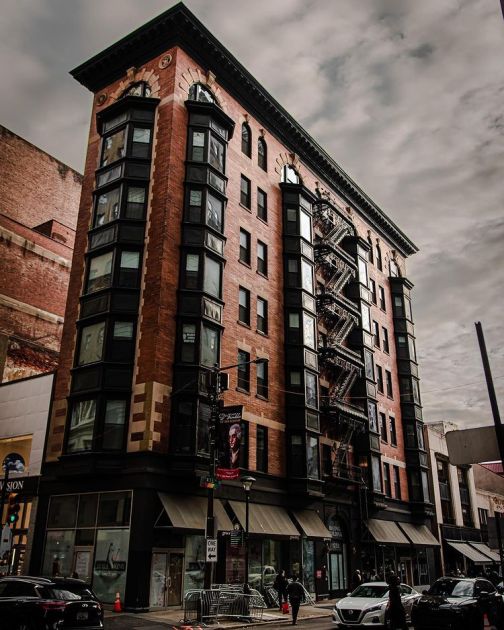 💌 Do you want this daily summary emailed to you? Sign up for Billy Penn’s free newsletter and it will arrive in your inbox every morning.

Wesley Wofford’s traveling statue of Harriet Tubman stopped at Philadelphia City Hall last winter and proved so popular that the city commissioned a permanent one.

Now the city has backtracked, Jordan Levy reports, and will hold an open call for a chance to win $500,000 for sculpting the famed civil rights leader.

Asha Prihar takes a look at nine confusingly named corners of city government and explains what their functions really are.

We publish this report each week in partnership with the Philadelphia Center for Gun Violence Reporting at Community College of Philadelphia.

By the Numbers in Philadelphia

Mayor Kenney joins Superintendent Watlington at Add B. Anderson Elementary School in Angora to cut the ribbon for a new schoolyard (10:15 a.m.). Today is International Overdose Awareness and Memorial Day so the mayor then heads to the square outside MSB to open a pop-up Overdose Memorial Garden who will offer resources and support until the end of September (12 p.m.).

Kenney then joins the bi-weekly virtual briefing on the city’s response to gun violence (1 p.m.), which focuses on security plans for this weekend’s Made in America festival. You can listen live on WURD Radio 900 AM/96.1 FM or watch on facebook.

🎨 Banksyland, a traveling art exhibit featuring 80 pieces by famed street artist Banksy, is coming to Philadelphia. Tickets are $29, or $60 for the VIP experience with a poster. (Friday to Monday, Sept. 2 to 5)