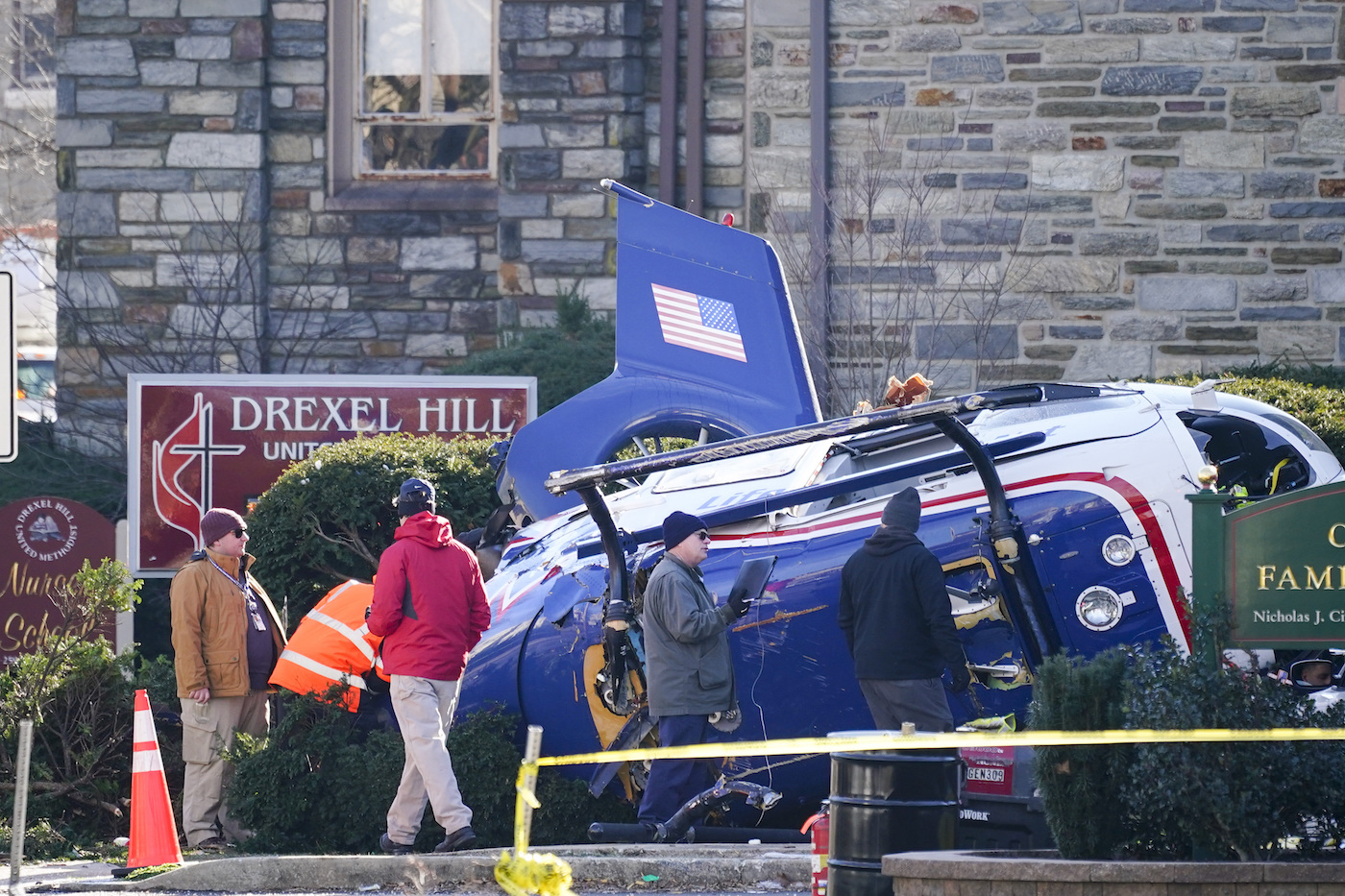 An investigation is ongoing into the crash of a medical helicopter Tuesday outside a church in the Drexel Hill section of Upper Darby Township. Four people, including a child, were on board; none suffered life-threatening injuries, authorities said.

Evidence so far indicates the crash was an accident, said Brian Rayner, senior aviation safety investigator at the National Transportation Safety Board. They are looking at the physical condition of the plane before it was taken off the street for even more scrutiny, including how the pilot handled the situation.

Rayner said this will include “environmental cues…terrain, air, air traffic. And then, you know, what communications might have happened inside that airspace, what equipment, what certificates, those kinds of things are required to operate in that environment.

Evidence collection is well advanced, he said during a Wednesday morning briefing at the scene outside Drexel Hill United Methodist Church on Burmont Road.

“We are collecting witness accounts and video evidence that describes the helicopter maneuvering erratically, for lack of a better term, then descending,” Rayner said, noting that the crash happened near the end of the trip.

“Preliminary radar data shows the helicopter in a straight line just laser-stable, stable, [and that it] was at altitude until it reached this local area,” he said.

Wednesday morning’s work at the Delaware County scene was preliminary to loading the plane onto a trailer to be transported to secure storage for further examination, Rayner said.

“We’re just going to document the cockpit…all these things here, while the major components are found. We will do our best to get the helicopter here today and then we will do a more detailed examination,” said.

Council Connection ”The Bronx Tragedy Shows Why Workers Must Fight For Safe, High Quality And Affordable Housing For All