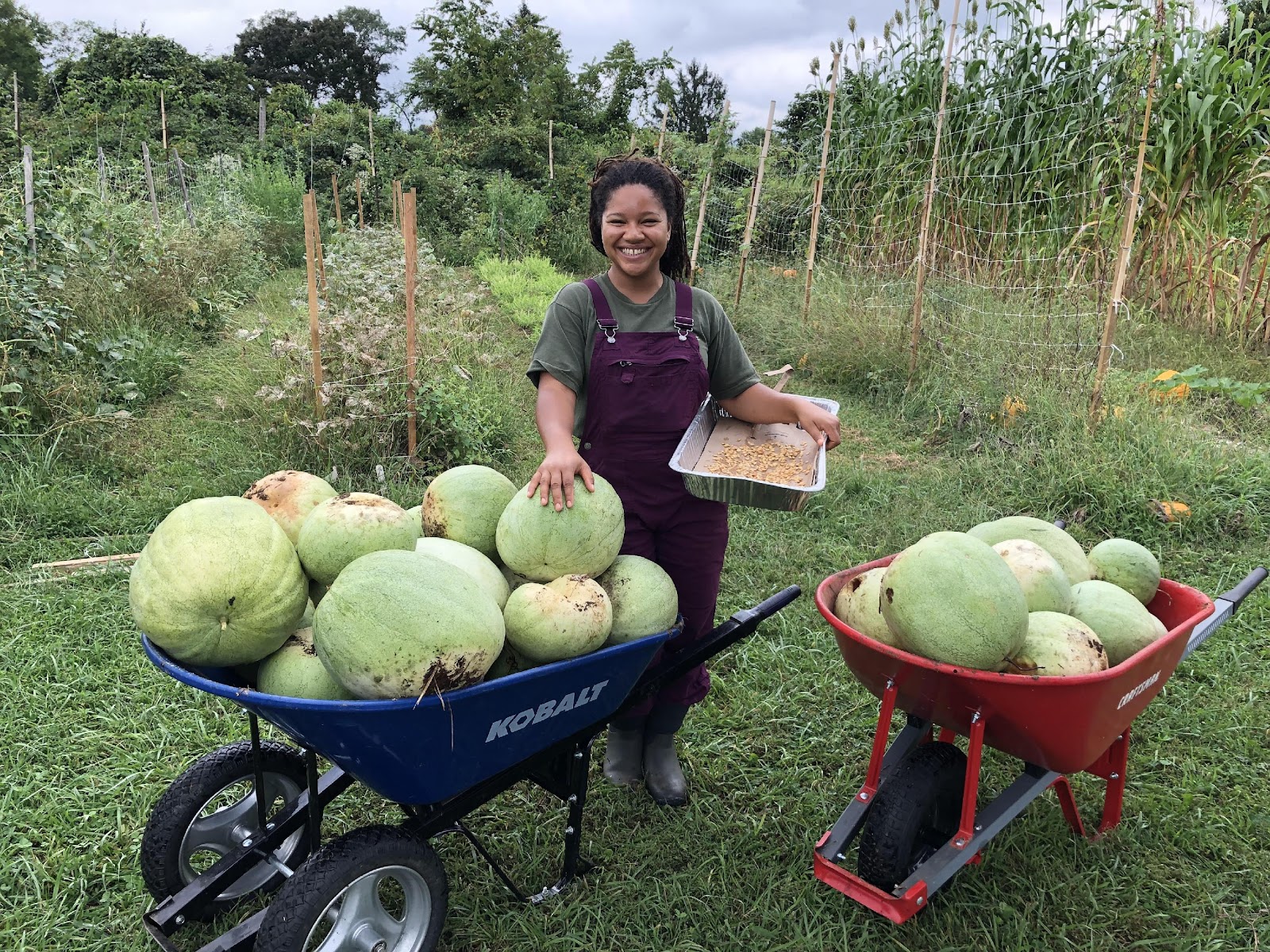 Meet the Modern Farmers Saving Seeds from the African Diaspora

Since starting to farm, Amirah Mitchell has sought to honor past generations of black farmers who worked the land before her. At the heart of his journey is the desire to cultivate and save African, African American and African Caribbean heirloom seeds of vegetables like okra, peppers, squash and black-eyed peas.

â€œI felt called to earth by my ancestors to do this work for my community. It seems important to me that farmers of color have greater food sovereignty, â€she says. â€œTackling the heart of the inequalities that impact black farmers in the food system starts with seeds. ”

Mitchell, who resides in Philadelphia, has over a decade of farming experience and a degree in horticulture from Temple University. She is currently completing a scholarship at Greengrow Farm, an educational urban farm, while working to Truelove seeds, a supplier of heirloom and open-pollinated seeds. In both posts, she was exhibited and cultivated various fruits and vegetables from the African diaspora, including collard greens, black-eyed peas, okra and watermelon.

She finds the job rewarding, but over the past year she aspired to start her own seed center. Now thank you at a GoFundMe campaign, who has raised over $ 20,000 since October, she is almost ready to start her own farm.

Next month, Mitchell will begin planting inside a greenhouse at a one-acre hatchery farm on the outskirts of Philadelphia, which she will rent with money raised through her GoFundMe campaign. Operating under the trade name of Sistah Seeds, she aims to be a seed source for culturally important heirloom varieties such as ‘Ole Pepperpot’, Green Striped Squash and Odell White Watermelon, which Odell says. they are largely absent from traditional markets. The farm will also serve as an educational site for community members to learn more about growing and saving their own seeds.

Much like heirloom seeds within the African, African-American, and African-Caribbean diaspora, black farmers have been largely excluded or kicked out of the American agricultural landscape. According to recent statistics from the USDA Census of Agriculture, Black farmers represent only 1.34 percent of all producers, a stark difference from the early 20th century, when former slaves and their descendants owned and cared for 14 million acres of land. Since, more than 90 percent of black farmers lost their land, in large part to discriminatory practices by the USDA. Over the years, black farmers have been loans and credits refused, have not had access to legal defense against fraud and have been victims of violence and intimidation.

This is not a lost reality for Mitchell, who views his sprouting business as an act of resilience. But knowing the surge of support after starting her fundraiser, she says, means that others see the need and importance of her future work.

â€œPeople have supported this dream and now I know I can do it without having to struggle. I feel blessed, â€she says. “I also think there is an increase in the number of people willing to support black-owned businesses with their money with the increased focus on the Black Lives Matter movement.”

Mitchell is currently in the process of contracting with seed companies and seed banks. While she plans to stay in Philadelphia for the next several years, she hopes to someday move down South, where she has parents and where she believes there is a greater opportunity to put those ancient vegetable seeds in between. deserving hands.

â€œThe work on the seeds seemed to me deeply spiritual, being close to this seed which has existed for several cycles of life, using some of those same varieties that my ancestors brought with them across the Atlantic, â€says Mitchell. “It’s part of my heritage to be African American, and one day being closer to my extended family in the South, that makes sense to me.