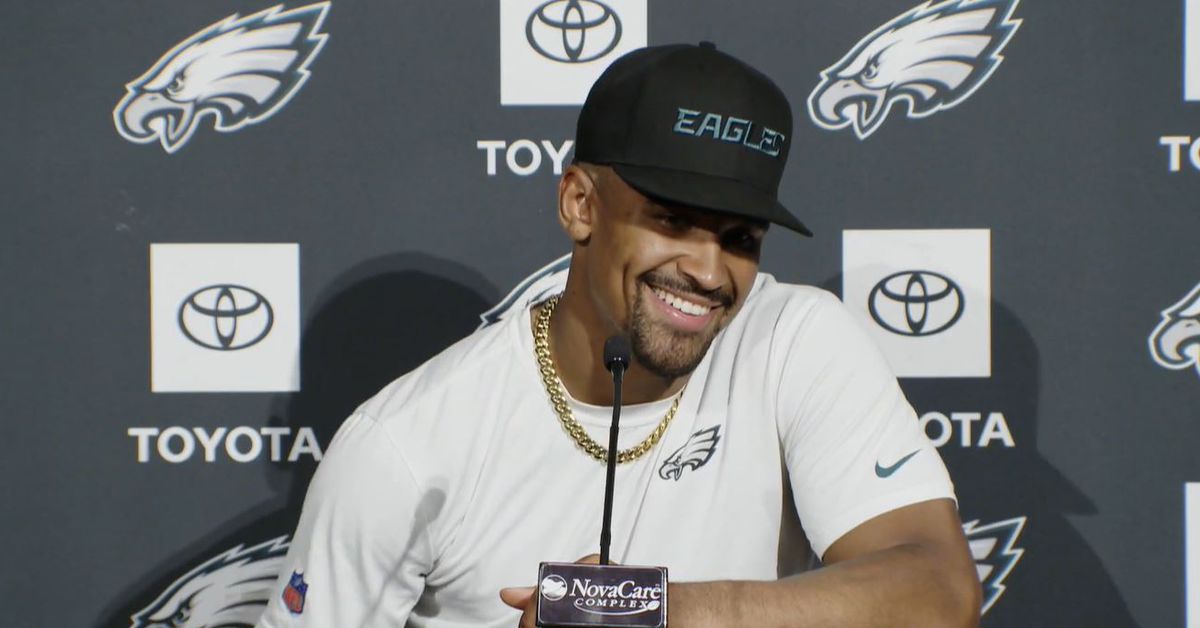 Eagles quarterback Jalen Hurts spoke to reporters Thursday and said he was thrilled with their Week 2 game Monday night against the Vikings. When he thinks of Minnesota in primetime games, he thinks of Randy Moss and all the other iconic moments that happened on Monday night, and he looks forward to his turn.

Armed violence has repercussions on the physical, social and mental health of those affected and beyond. I met @PennMedicine‘s Trauma Team, who are on the front lines treating victims every day. If we all educate ourselves, we can help those affected and end it. pic.twitter.com/Frb8i7598M

Spreading the ball around

The quarterback was asked if ball spread was something he should be aware of during a game, but he said he was just focusing on his job.

“Every player’s job on the pitch is to run the game to the best of their abilities and do their job, and that’s something I tried to do all through camp, you know, trying to convey that to the matches.

He didn’t seem to care much about DeVonta Smith not catching any catches in Week 1, and said he was ready, just as he is always ready, for Week 2. Hurts can’t predict how the goals will play out on Monday, or if the big games bounce between Smith and AJ Brown, the QB said he just wants to win.

On the defense of the Vikings

“I think they have a really good defence. They have great players in every position I feel so it will definitely be a big challenge for us. They fly to the ball. I mean, they’re all playmakers. You know what I mean? So I have to do a lot of preparation for them