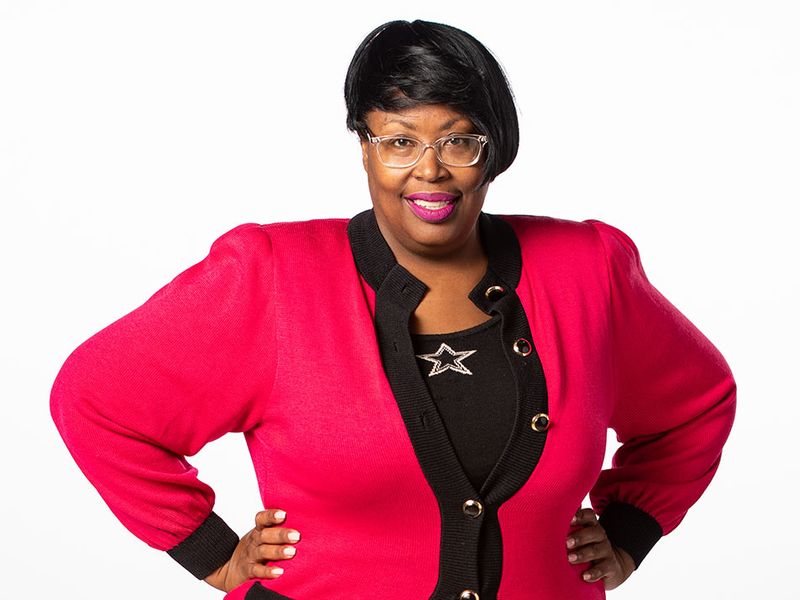 Ida Byrd-Hill guarantees computer training and a high paying job, or your money back

The institute, which launched in January 2020 and primarily teaches computing and networking, operates on a revenue sharing agreement model in which a student reimburses tuition fees once they have landed a job. better paid. In addition, the institute acts as a consultant for many companies in order to meet talent needs and diversify the workforce.

There are many options, such as community colleges, for those looking for computer certificates. What makes Automation Workz unique?

Yes, but they all assume that we have some prior knowledge. What happens when we have no prior knowledge? I never thought of that. If I could create a post-secondary institution that is going to take high tech for people with no prior knowledge, and that’s how we ended up on Automation Workz.

Now what we did was reached out to partners because I always felt like doing things with partners – they make life easier. And I’ve always wanted people to learn how Cisco Systems handles networking. If you know something about Cisco, Cisco is very thorough and usually isn’t your first option when going for technology training. This is usually your second or third. What would happen if I made this your first? If I could build a system and take people without any prior knowledge, and instead of putting them in an entry level position, skip them through the entry level position and put them in an intermediate position. Is it feasible?

What have you learned?

Everyone told me I was crazy, but I am a coach. I know how to train. I can teach any complicated subject to a fifth grader. So I used these skills to create Automation Workz Institute. We offer networking and cybersecurity training, and we mainly focus on people aged 25-45. And from very basic to intermediate level. Now we are fortunate to have great success. Our highest job offer we have received so far was $ 117,000, and we put this person in Atlanta. The second was $ 105,000, that person was placed in Arlington, Virginia.

Your institution uses a somewhat unique form of payment known as a revenue sharing agreement. Explain how it works for students?

This is pretty much a loan, but their caveat is different from that of a traditional loan. Most traditional loans pay the tuition fee up front and the candidate doesn’t get any collateral for anything. They are just training and hoping for the best. But with the revenue sharing agreement, what we’re doing is giving people a guarantee that we’re going to help them have better lives. And if they don’t make a threshold (income) of $ 30,000 or more, we’ll waive their tuition.

I’m a businessman. I really don’t want to give up tuition fees. So whatever is needed to find you a job and find you a job well above the minimum wage, so that we can earn our tuition. And so it worked for us. He did a really, really good job of getting people there, but we still have one hurdle that’s hanging around.

What is this barrier?

It’s jobs. We are still struggling to find jobs for our learners. And it is not because the jobs are not available. Many employers still aren’t comfortable hiring diverse candidates. And so we struggle with it intensely. We didn’t realize how badly the struggle had taken place until the June 2020 protests of last year.

And so, being a former headhunter, I pulled out a tool that I hadn’t used in 20 years called the Diversity Culture Audit. And what this tool does is we step in and interview senior executives in companies to get a feel for their mindset, their thinking patterns, how their business has grown. And then we turn around and look at every element of their functioning to say, where can we place diversity or where is diversity lacking?

What did you find?

So what we’ve found is that a lot of these issues are happening in HR. Because HR is one of the few departments in the company that is never audited. Well, they should. Because HR defines culture. It sets out the policies and procedures, and labor is your greatest asset and your biggest expense today.

The company recently closed a $ 10 million funding round from Blair, an education finance company. What does this capital do for the company?

What reactions do you tend to hear about revenue sharing agreements, which are largely contrary to how our traditional model of funding education works?

First of all, people think you are lying, because it sounds too good to be true. So that’s the first reaction … and when they sit down and read the documents to see that it’s really legitimate, that we’re going to keep our promise that we’re going to return the money if you don’t do this. But our goal is to take that risk.

We don’t say this lightly because we really don’t want to give any money back. What we want to do is make sure that you are grounded in a career, and it is a career that is profitable for you. And so, the first reaction is, “I don’t believe you. But then when they finally get to school and get to the program and see the other available students, they realize that this is a real phenomenon, and that we are going to help (them) make it happen.

A trend we have increasingly seen during the pandemic is that service sector workers are leaving industry in favor of different types of work. Have you seen an influx of students because of this?

In fact, we have restaurant managers because they tend to be the hardest working people we know. So they can come to us and we just teach them technology, but we don’t have to teach them work ethics because they are used to working 60 hours a week. It’s just part of their industry. So there are opportunities for all types of frontline workers. But … we do screening (students). We have metrics and what we like to see in our students, and ideally what we like to see are individuals with strong problem-solving skills. Unlike other schools, we do not test academics. What we’re testing is this problem-solving ability.

Do not fall under the spell of leader Shake Milton anymore

Tom Brady and Bucs overwhelm the dolphins to go 4-1