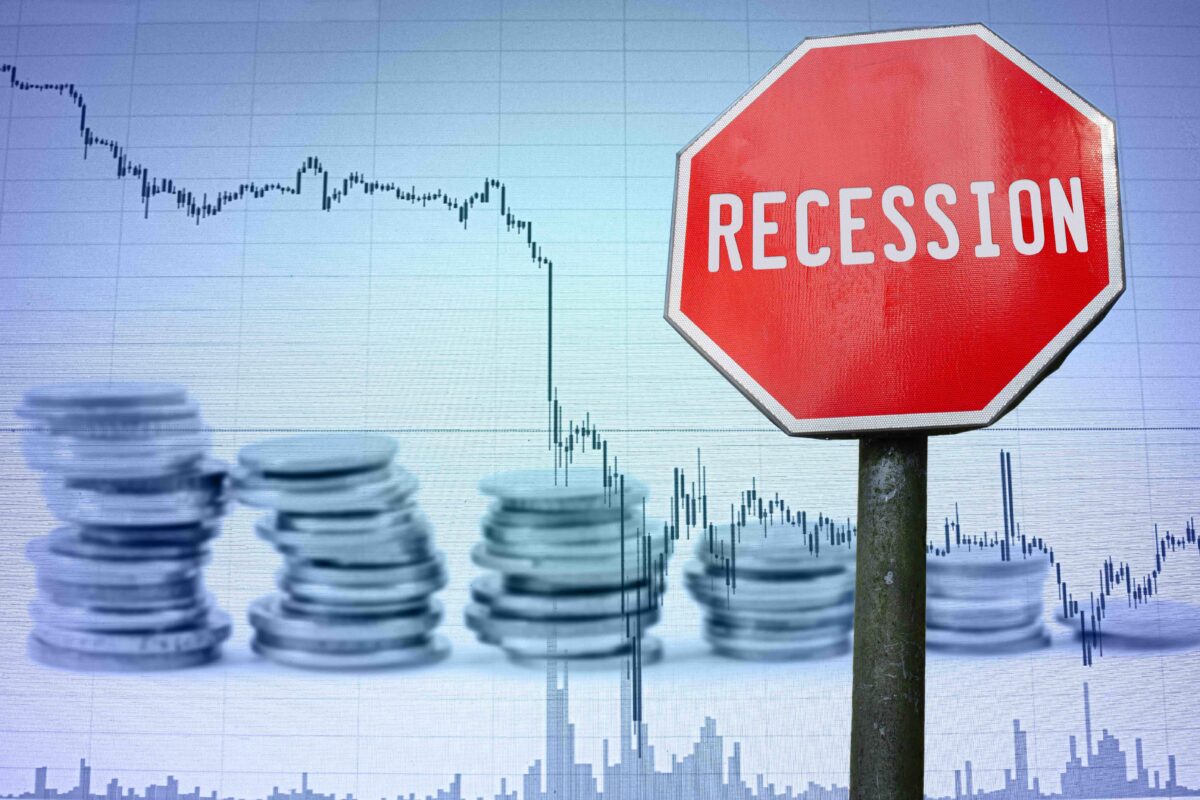 How to prepare for the recession

The United States is in a recession. While two consecutive negative GDP prints are a crude (technical) measure of a recession, there is no escaping it anymore.

Essentially, many are wondering how deep the recession will be? As I detailed in my previous columns, the coming economic downturn is likely to be very deep. I don’t think we are facing a simple recession, but a “multifaceted economic crisis” made up of several overlapping crises.

How do you prepare for such an event?

I studied economic crises for 14 years, including 10 years in academia. Our firm, GnS Economics, has, since June 2018, provided guidelines for crisis preparedness. Here I will provide the basics of recession and crisis preparedness for households and businesses.

However, let’s start with a general view of how recessions and economic depression affect the economy, trade, banking and income. In simplified terms, economic downturns can be presented using a four-sector model depending on the depth of the downturn and its effect on credit and capital markets.

A figure presenting the scenarios of changes in the economic operating environment in recessions and depressions for households and businesses. (GnS economy, and Philip Kotler and John Caslione, Chaotic: the business of management and marketing in the era of turbulence, 2009.)

Let’s first review the dynamics of the recession. In the upper right corner, we would face a shallow recession, possibly localized, focusing on a certain area and/or certain countries, whose recovery would be rapid. Credit and capital markets would remain functional throughout the “ordeal”. Governments and central banks would have many tools to fight recession (for example, interest rates would be high and public debt low). In addition, household, corporate and investor indebtedness would be moderate at the onset of the recession, and indebtedness between them would quickly reach safe (low) levels. World trade would not be affected. An example of this would be the recession that followed the bursting of the tech bubble in the late 1990s. We are clearly not there now.

In the lower right quadrant, we would face a global recession. The downturn would affect all sectors of the economy, and capital and credit markets would become dysfunctional or even face the risk of a shutdown. The availability of credit for households and governments would decrease and the price (interest) of credit would increase dramatically. Government participation would be required to maintain the credit. The indebtedness of households, businesses and investors would fall sharply. Global trade disruptions would emerge. The authorities, however, would be able to contain the fallout and the recovery would begin relatively quickly. An example of this would be the global recession of 2008-09.

Many hope that we will enter the lower right quadrant, but that is unlikely. Leverage ratios, especially among corporations and investors, are very high, even extreme in some cases, and central banks and governments have very little room to manoeuvre, at least using traditional methods, such as lower interest rates and the issuance of more sovereign debt. Several governments, such as those of the United States, Japan and Italy, are highly indebted. This means that their ability to bear higher interest rates is severely limited.

This means that we will most likely enter one or the other of the scenarios on the left side of the figure, but which one?

In the upper left quadrant, the blow to the economy would be heavy, but the authorities could prevent it from escalating into a full-fledged global depression through monetary and fiscal policies. As explained above, this is unlikely now, as the authorities really don’t have many traditional abilities left. It is, of course, possible for governments and central banks to do “whatever it takes” to prevent the recession from escalating into a global depression, but that would require extreme measures, such as central banks taking an extremely important in capital markets, central bank issuance of digital currencies, and government takeover of large parts of the economy. It would “socialize” our savings and turn them into something very different than they are now.

However, it is also possible that if the Russian-Ukrainian war and related sanctions cause widespread shortages over the coming fall and winter, nothing can be done to prevent the crisis from escalating into a real world depression. This is why we must be ready to enter the lower right quadrant or a global depression.

This plot would affect households and businesses drastically. Credit availability would collapse or disappear altogether. Household and business lines of credit would be cut, where possible, and the global flow of credit would simply stall. Market liquidity would collapse and stock and bond markets would collapse. Unemployment would soar, globalization would reverse as countries move towards protecting their own assets and citizens. Attitudes would become nationalistic and defensive. Recovery would be painful and slow.

What can be done to prepare for such a cataclysmic event?

Our survival strategies for companies, households and investors follow a simple logic: prepare, secure and capitalise. At its core is the concept of “counter-cyclicality,” derived from Keynesian economic theory. In it, companies, households and investors mitigate the effects of economic cycles and aim to exploit them instead of slavishly following them. Naturally, this is easier said than done, but it is possible!

In the current situation, preparation must follow three simple strategies: hedge, hedge, hedge! You have to repay your debt as much as possible to protect yourself against further increases in interest rates (a little late, however, in the United States), to protect your portfolio of assets against a possible (probable) collapse of stocks and bond markets and are trying to secure alternative income streams (“side hustles”) for the crisis. We have detailed them in our recently updated Bear’s Lair report. I will also provide specific preparation details in my newsletter.

Historically, one of the best crisis hedges has been (physical) gold. On average, its value approximately triples within three years of the onset of a crisis. This happened, for example, during the Great Depression of the 1930s, as well as during the 2007-09 financial crisis and subsequent recession. It also requires having a secure (liquid) source of funds in order to benefit from the “sell-off” of assets that often occurs near the trough of the crisis. Physical gold, in a easily sellable form, is probably the safest liquid asset there is.

It is quite obvious that there is no time to waste in preparing for what is about to hit our economy. As we had warned subscribers of our Depracon service in April 2022:

“If the Fed continues its steep rate hikes and accelerates the liquidation of balance sheets, artificial liquidity will be drawn from the markets and financial conditions will tighten materially over the summer. Thus, we urge everyone to take advantage of the summer, as the fall is likely to bring “heavy skies” to the global economy and financial markets.

Now, for example, the Federal Reserve Bank of Philadelphia’s manufacturing indices are already in a state of collapse. The US Federal Reserve is raising rates and its balance sheet is shrinking, indicating that quantitative tightening has begun.

In the fall, the “perfect storm” is likely to be upon us.

Who can play the king? Representation issues Fuel casting debates.