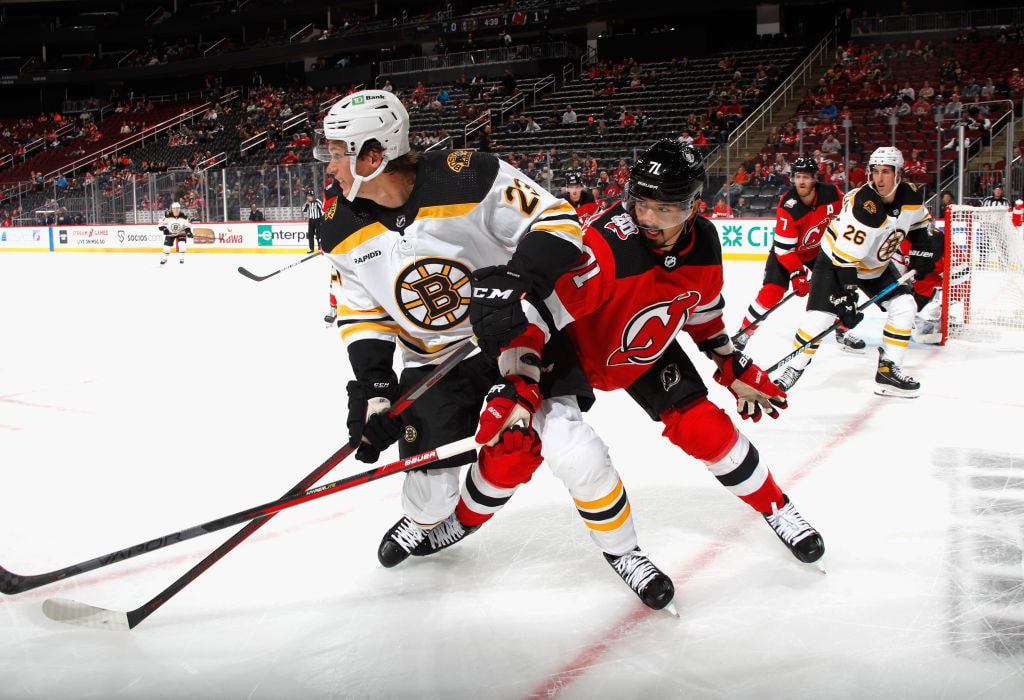 How the Bruins’ roster stands after the latest series of cuts

Jakub Lauko: On the board with a goal in the preseason opener, the 2018 third-round pick’s confidence appears to be on the rise after a downright miserable 2021-22 season with Providence. There is also a bit of fire in his game, which is always welcome.

Vinni Lettieri: One of your classic ‘AAAA’ players on a team as deep as the Bruins, right-hander Lettieri, who can play both center and wing, looks like a potential ‘first-player’ type for the Bruins. this season. The Bruins will have to sneak him through the waivers if he can’t get the team out of the gate. Lettieri had five goals and 10 points in 31 games with Anaheim last season.

Fabien Lysell: The Bruins love Fabian Lysell’s trend. The team’s 2021 first-round pick, Lysell was dubbed the “greatest player on the ice” by Jim Montgomery before his late-day injury on a Flyers’ Rasmus Ristolainen hit last weekend. They want at least another look at him against the NHL players.

Brad Merchant: The Boston left-winger won’t be available for the start of the season as he continues to recover from double hip surgery, but he has a target date in mind for his return.

Marc McLaughlin: Similar to Greer, I think the native of Billerica, Mass. has become undeniable in this camp. He does everything for the Bruins. Positional versatility (we’ve seen McLaughlin play all three forward positions since leaving Boston College for a gig with the Bruins), along with experience playing the penalty kill, only heightens the McLaughlin’s chances of making the team.

Tomas Nosek: It was very difficult to get an idea of ​​​​Tomas Nosek’s position with the Bruins. The camp wasn’t particularly good for the Czech veteran and he rarely skated with NHL players. This is usually not a good sign for your hopes of making the team. But Nosek, who is on the hook for $1.75 million this year, is a shorthanded left-handed shooter on a team that doesn’t have many. And the Bruins’ waiver of Oskar Steen, along with Hall and Marchand’s injuries that will bleed into the regular season, could give Nosek some sort of “staycation” on the Black and Gold’s NHL roster.

David Pastrnak: Get the impression that the Bruins really want to get an extension before the season. They were ready to go really high (speak ‘franchise-record’ high) to get No. 88 re-signed.

Craig Smith: Entering the final year of his current contract, Smith is locked in as Boston’s third-line right winger. He scored the fourth-most five-for-five goals on the team last year (16), which was also good for the 64th-most goals in all of hockey last season.

Jack Studnicka: Montgomery’s softer but still firm touch seems to be working on Studnicka. After Montgomery argued with Studnicka after a disappointing start, Studnicka had made sure to avoid stepping further into the coaching niche. Instead, he put up a two-assist game in his next outing and won faceoffs with an impressive 60.53% (23 for 38) completion rate in three games. It’s hard to imagine a scenario in which Studnicka, who requires waivers for the first time in his career, isn’t on that team.

Chris Wagner: After spending most of last year in the AHL, Chris Wagner seems like a potential candidate for Boston’s 13th forward position. Part of the reason is that Wagner is a classic “throw him out of line and watch him wreak havoc.” The Bruins saw that firsthand when Wagner was thrown into the mix in the playoffs. But the Bruins also appreciated Wagner’s willingness and ability to move around and change the momentum of a period or game. They saw it when Wagner killed three Flyers on a shift immediately after the hit that knocked Lysell out of action.

Pavel Zacha: Just a matter of where the Bruins decide to start Zacha’s career in Boston. It will be on the first or second row, and probably up to the third like when Hall and Marchand are in action. The Bruins also want to expand Zacha’s shorthanded game, so expect to see that out of the gate this season.

Graduate student in an undergraduate world