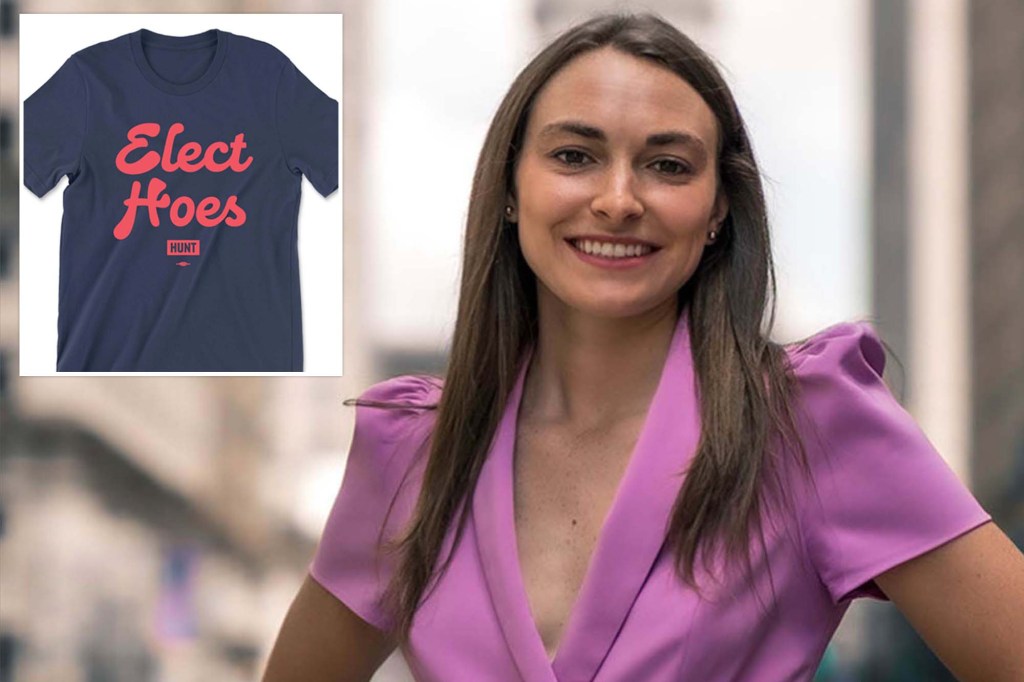 Good luck on this one.

A former New York stripper has left behind her platform shoes for a political platform – to run for Congress in Philadelphia’s troubled 3rd District.

Alexandra Hunt, 28, stripped naked in college ‘to pay the bills’, she recently wrote in Daily Kos.

And not only does she not apologize for her former career, but she made it part of her campaign message. His campaign website offers T-shirts that read “I MAY HAVE DANCED FOR MONEY, BUT I’M NOT A CORPORATE TEACHER” and “Elect Hoes.”

She used to fear the ‘age-old stigma’ attached to sex work and said she was fired as a women’s football coach when the team found out. But now she’s shouting it from the rooftops and hoping to decriminalize sex work.

“My involvement in sex work was very dangerous – if I had disappeared, as so many sex workers do, no one would have known how or where to find me. I started talking about sex work and my personal involvement in the industry during the election campaign,” she wrote.

The young leftist described having had an abortion and suffered sexual assault on social networks.

Hunt supports the “meaningful reduction” of the prison population through “compassionate release” and an end to cash bail, among other left-wing planks in his campaign platform.

“In neighborhoods where violence is increasing, tougher policing is not the solution,” she said. tweeted recently. “It’s retrograde thinking to punish crimes based on need instead of moving to meet need.”

She graduated from the University of Richmond in 2014, then moved to Philadelphia, where she earned master’s degrees at Drexel and Temple universities. She has up to $150,000 in student loans, according to his financial statement and supports their cancellation.

“[D]Despite the generous financial aid provided by the University of Richmond, I was actually too poor for them,” Hunt wrote in a Ballotpedia poll of candidates. “I graduated in three years to save money, even though I worked two jobs as a waiter and a stripper to make ends meet.”

The campaigns of Hunt and Rep. Evan did not return requests for comment.