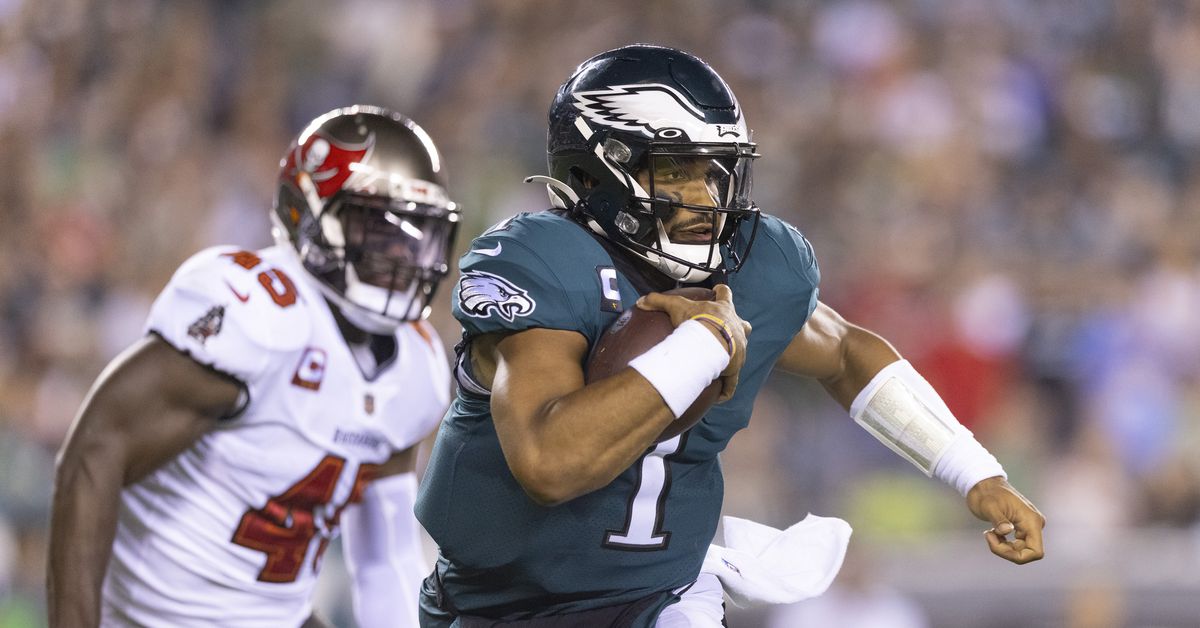 Hello everyone, another week, another movie theater! This one is pretty depressing, especially on offense … so buckle up.

I’ll break the movie down on my Twitter account and then upload the tweets with some more analysis in this post. Obviously I can’t post everything so I will focus on some of the things that stand out to me every week. I can see something multiple times on film, but only download one example because you don’t have to see everything, so you’ll have to take my word for it if I say I’ve seen something multiple times.

I will break down attacking followed by defense each week and I will post the games in order so you can see how the game went. Sometimes I can focus on a specific area, I will see how each game goes. I just pick the most important games and highlight some of the players who stood out for me. As always, let me know your thoughts in the comments and I look forward to discussing the game with all of you. Let’s come to the cinema!

Okay, I never want to be personal, but a lot of this is going to focus on Jalen Hurts because he just played really, really badly. We can debate the structure of the attack and whether it suits him, but he just doesn’t see the pitch at all right now.

Eagles All22 offense wire against Bucs. Buckle up … it’s not pretty. The drive for openness, a good old debate between results and process. Result = positive! But he’s got Smith wide open (and we know his probable man blanket is pre-slammed) and Hurts comes out of a clean pocket rather than tossing. pic.twitter.com/IcbVVE5B5d

I said last week that I don’t have much more to say about Jalen Reagor at this point so I won’t say more. I just think he’s lazy and soon took to college. Bad sign.

So this is a really bad Hurts throw but … have you seen someone as surprised with a ball throw as Jalen Reagor ?! Come on, what are we doing here! At least get back to the ball and make an effort. pic.twitter.com/EUEK7FcwTL

Back to Hurts – he missed DeVonta Smith on that shot on the first drive but there is no excuse for that shot. It’s a routine NFL throw. You just gotta do that. Accuracy is clearly an issue for him as well as processing.

Eagles played a similar game to Smith in the first practice and Hurts narrowly missed. This one is worse. Easy to read, corner road v. 2 high and the CB sits on the short route. Should be a routine throw pic.twitter.com/3tyLYhJAv4

No analysis here, just found it quite funny!

I am not an offensive coordinator and I would never claim to be. But I’ve watched a lot of good attacks over the past few years and they don’t look like this. The spacing just looks wrong. Not sure if this is a game design or players running lazy and drifting routes, but it looks awkward. The players are too close to each other and it looks bad.

If anyone has asked me to summarize the offense in one piece, this is it. It looks so hard. The spacing looks wrong, the players are too close to each other. Hurts freed Gainwell on the field but waits, Gainwell then stops just as Hurts throws him. It’s just bad. pic.twitter.com/DGyBgIJOch

More of that please! Surely the Eagles need to start building offense around the running game and not just using it as a random incidental play here and there. When they ran the ball this week they had real success against a very good running defense.

Again, I’m no expert, but the spacing seems out of sync here. I also think the Eagles really need to work on what happens when the game goes down because the receivers below look like they’re going around in circles. It’s a strange statement, but the Eagles’ â€œoff-structure offenseâ€ needs to be more â€œstructuredâ€. If you know what I mean…

Again, the spacing just looks wrong and players look clueless when Hurts breaks the pocket. Surely is non-structure gaming something we do with a mobile QB? It just looks ugly. pic.twitter.com/8lRc9qSFTE

This is again a problem of treatment. His height 2 lets you immediately know that the cornerback can sit on the back roads to the outside. Space will obviously be in the middle of the field and Hurts has two options wide open but doesn’t quit his first reading and force him to Smith instead. It’s also just an imprecise throw and he’s lucky he didn’t get repelled.

Hurts needs to see the field better. You instantly know his level 2, so getting back to Smith is going to be tough with a CB there. Should look to midfield where Ertz and Sanders are both wide open rather than forcing him on first read. pic.twitter.com/9IXNKIomZQ

It’s the worst of the day. Nick Sirianni and Reagor’s perfect appeal is wide open from the start. Hurts looks at Smith (who is also wide open) and just doesn’t throw him away. I really don’t know what to say about this piece. You just need to throw that ball at Reagor earlier. Actually, I don’t blame Reagor for slowing down here because he knows he’s straying too far for Hurts to make the throw. There has been a lot of talk this week that Sirianni needs to modify Hurts’ offense and while I think there is some truth to it, the fact remains that Hurts needs to do a lot more routine throws than he does. ‘it currently does.

This is Hurts imo’s worst play. It’s just bad. Reagor is set in motion, it’s a 2WR road concept with a checkdown so not much to read. It is BIG open. Just throw it away! You can’t take that long to process. It should have been a big TD and it’s a great play call. pic.twitter.com/tUbQjaljb9

Since this article is very negative so far, it is only fair to point out the positives too! There haven’t been a lot of positive plays from the Hurts this game, but it’s a nice pitch.

It’s the best game of the day within a mile. Deeply with a deep dig behind. Hurts finally fits in the pocket and delivers beauty. Need to see this type of game a lot, a lot more. pic.twitter.com/HcKbxZ2K5n

Rumor has it Jason Kelce is still fending off that linebacker right nowâ€¦ when the team committed to running the ball at the end, they looked pretty effective against a great run defense. pic.twitter.com/pfODQcifnh

I’m not sure what to think of defense this week. This is largely what we have seen in recent weeks. They were pretty passive but I think overall they did a decent job against a very good offense. I still struggle to see how far the safeties are, but I understand Gannon’s focus on not giving up on the big game.

Wire Eagles Defense All22 against Bucs. I thought the defense was fine. I still find it a little boring how deep the safeties sometimes get … being picky, but does McLeod have to be that deep with only 1 WR on the left side? Could we be a little more aggressive? pic.twitter.com/IvwjtAhtx5

Again, just a little too passive for my taste. This is the 3rd descent, move the CB / S a meter or two up. Be more aggressive in big spots … pic.twitter.com/NY4swhukIm

I will also be using this post to give some players a mention here and I think Avonte Maddox deserves a mention. He played this game very well and is having a pretty good year. In particular, I was impressed with his descending physique in the run / screen game.

I want to thank Maddox who is playing well this year. He’s not tall, but he’s a tough, physical slots player who made some great games going down this game. pic.twitter.com/IdbVYMOExa

I complained earlier about the safeties playing very far BUT you have to give credit to Gannon and this defense for being so good against shots this year. Seconds always do a good job working together and making sure they don’t give up on huge games. I was impressed with that aspect of the defense and I think it’s impressive considering the Eagles were known to give up big plays under Schwartz.

The Eagles have been excellent against shots this year. The high school did a great job not jumping on the roads and staying with / passing the WRs. Credit Gannon who has clearly made it a priority. pic.twitter.com/1xE8J8G7Lc

Another member who is having a great year is Darius Slay. Partly because of a ploy, but he’s also playing a good ball right now and showing he’s still in the Premier League of this league.

Random Scream – Gernard Avery! How the hell did he make this play! He hasn’t really been a superstar this season, but it shows real athleticism. Who knows, maybe he can still carve out a bigger role for himself.

Last point, I think Singleton is actually a decent linebacker, but asking him to line up as a lone linebacker in men’s defense seems very hard on him. I’m just not sure he’s athletic enough or good enough to cover a tight end or run back and forth with all that space around him. I wonder if the Eagles will consider replacing him in this package in the future as the Bucs have chosen him a lot in this game with short throws down midfield.

When the Eagles play that 5-1-5 type defense, I’m surprised Singleton is the only LB. I think he plays hard and gives maximum effort, but the Bucs chose him the whole game. Just isn’t able to cover that much 1on1 space. pic.twitter.com/Yd9iKJB8hM

That’s all for this week, I hope next week will be more positive! Thanks everyone.