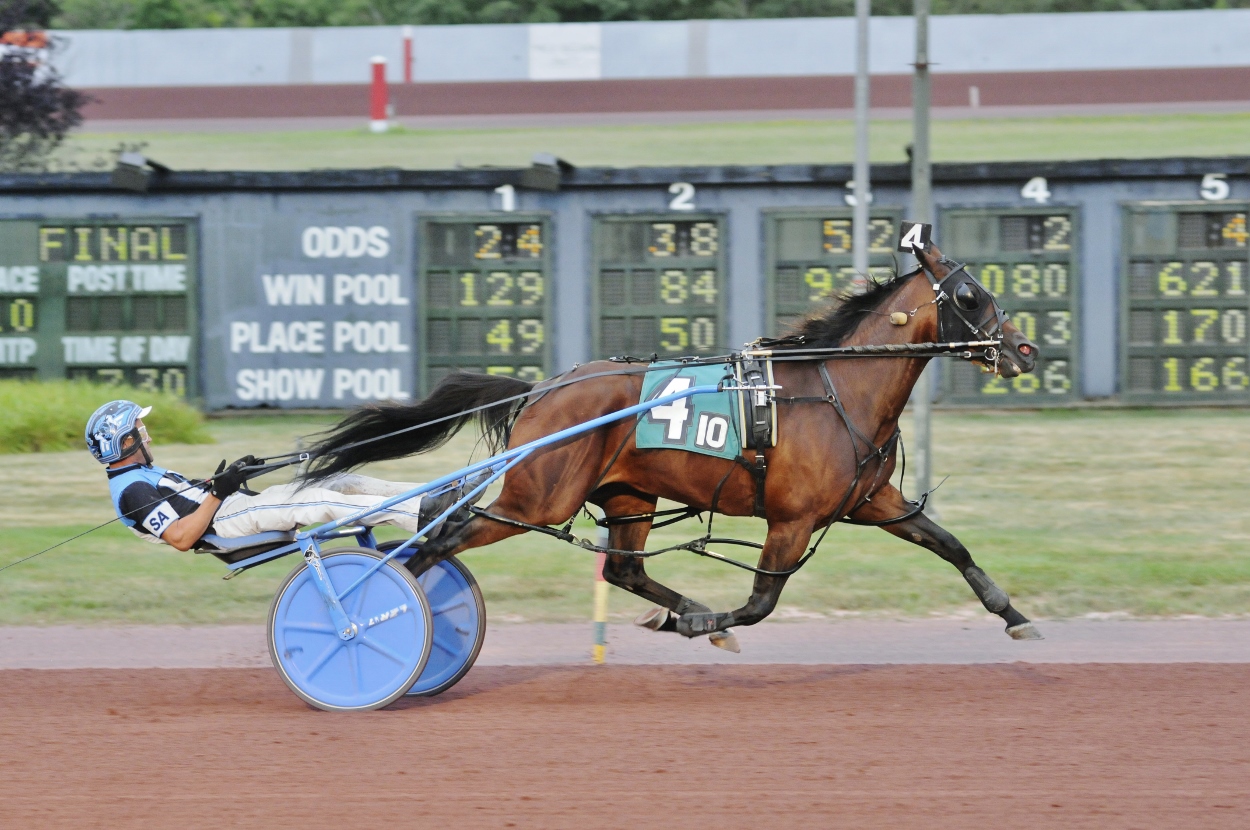 Drama Act brings down the house at The Downs

WILKES-BARRE, Pennsylvania – Dramatic act (Well said) showed a superior ability to overcome a tough harness racetrack in 1:49.4 to take the fast-paced feature of the $25,000 Mares during Sunday’s Twilight Card at The Downs in Mohegan Sun Pocono.

Simon Allard was between the horses in a scorching opening quarter: 26 with Drama Act, letting Shes Pukka N go to the top after that point, but quickly coming back to the withdrawal and taking a break at half time: 55, 2.

From there, the mare dominated, passing three-quarters in 1:22.2 as the early Easy To Please dipped into a freed pocket, then held off this 2 1/2 length rival.

Ron Burke, Pocono’s head coach, completed a ‘triple Pennsylvania’ over the weekend with the win, winning The Adios at The Meadows on Saturday afternoon and picking up a win at Harrah’s Philadelphia ahead of Sunday’s Drama Act success at The Downs. She has earned $331,310 this year and her lifetime scorecard shows 28 wins in 56 starts and $752,422 in earnings for The OK Corral.

There were a pair of $17,500 co-feature; that of the trotters saw the Credit winner Dee’s mare Red Delicious wins for the second straight time in a photo, here holding Mystical Wynn by a neck in 1:54.1 for rider Jordan Stratton, trainer Travis Alexander and Fiddler’s Creek Stables LLC.

In the $11,000 races for amateur riders from the American Harness Drivers Club, owner/rider Dante Scattolini was the first to parade a horse to Victory Lane, winning with Spree in 1:57, while the Another section saw owner/rider Bob Hechkoff and River Otter decline to give up the lead and go home first in 1:55.1.

Marcus Miller had three wins on the card, the same number as successful favorites; it was a day of upheaval in Eastern Pennsylvania, as between Harrah’s and Pocono, the chalk went only 5 for 27.

Race week continues on Monday and Tuesday at The Downs, both maps will start at 1.30pm. The program pages are available by by clicking here.