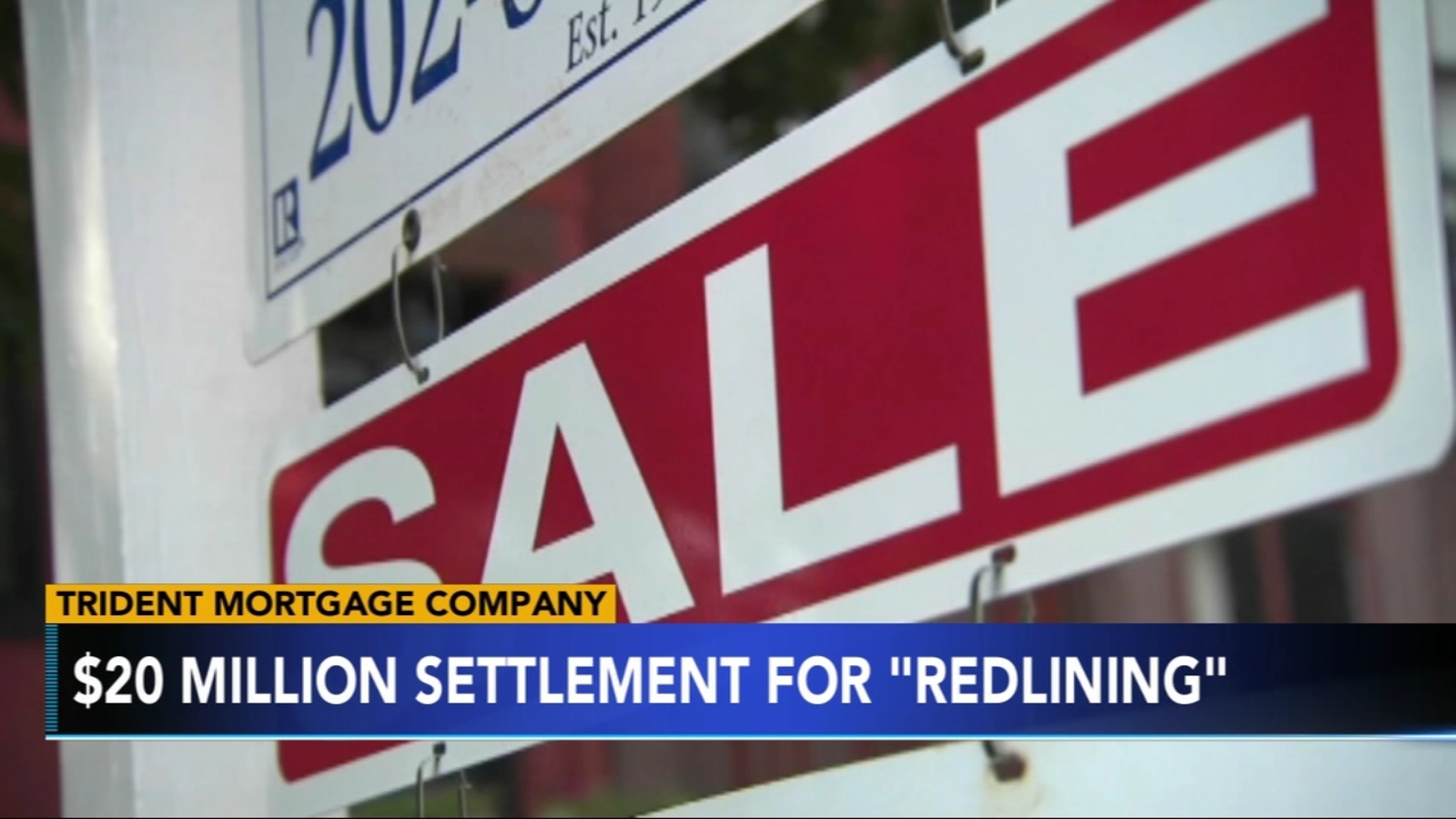 As part of the deal with the government, Trident will have to set aside $20 million to provide loans in underserved neighborhoods.

“Trident’s illegal redlining activity has deprived communities of color of equal access to residential mortgages, deprived them of the opportunity to create wealth, and devalued properties in their neighborhoods,” said Kristen Clarke, Assistant Attorney General of the Civil Rights Division of the Department of Justice, in a Prepared Affirmation.

Sen. Vincent Hughes, a Democrat from Philadelphia, grew up a few blocks from the park in West Philadelphia where a press conference on the settlement was held on Wednesday. Hughes said parts of his life have been framed by discriminatory lending practices that prevent black and brown communities from building wealth.

Hughes’ father worked for one of the oldest black-owned savings and loan companies, a company called Berean that funded mortgages for black families when they were turned down by other banks and lenders .

“People have come up to me and said, ‘Vince, your dad gave me a mortgage on my first house when I was turned down everywhere else. If it wasn’t for Berean and your dad, I couldn’t have bought my house,” Hughes said. “We have witnessed this discrimination in real time.”

Redlining is a term used to describe when banks deliberately avoid lending to non-white communities. Banks and the US government used to draw neighborhoods deemed undesirable for home loans on red marker maps. Neighborhoods were almost always areas where racial minorities lived and even included other historically discriminated communities such as Jewish neighborhoods.

The practice has effectively cut off entire communities from the main avenue of wealth creation in the United States: home ownership. To date, black and Latino households are much less likely to own their homes than their white counterparts.

The alleged redlining activity occurred between 2015 and 2019 – Trident stopped issuing mortgages in 2020. In addition to avoiding mortgages in minority neighborhoods, Trident employees made racist comments about the granting of loans to black buyers, calling certain neighborhoods “ghettos”. A Trident official was photographed posing in front of the Confederate flag. The marketing materials used by Trident exclusively involved white people, and nearly all of the company’s personnel were white.

Philadelphia has a long history of racism towards black homebuyers. The Philadelphia City Council released a report Wednesday that found 95% of all home appraisers in the city were white and that a racial gap remains between how homes owned by black owners are appraised compared to houses owned by white owners.

Hughes said he and other lawmakers were furious at revelations of redlining by Trident and others in a 2018 investigation by Reveal of Buffett’s mortgage companies. They pressured Shapiro during a credits hearing, and the attorney general responded by setting up a hotline to gather personal stories.

As part of the settlement, Trident agreed to hire mortgage officers in affected neighborhoods and pay a $4 million fine. Since Trident is no longer in the lending business, a separate company will be hired to provide the $20 million in loan grants, the Justice Department said.

The biggest redlining case involved Wisconsin-based Associated Bank, which was accused of discriminatory practices between the years 2008 and 2011. The bank settled with regulators in 2015 for $200 million.

The Trident settlement also involves the first case of redlining against a non-bank mortgage lender. Since the Great Recession, about half of all mortgages in the country have been underwritten by companies that immediately sell the mortgage to investors. These non-bank lenders include companies such as Quicken Loans, Rocket Mortgage, and Loan Depot, among others.

“Credit discrimination is illegal whether the company breaking the law is a traditional bank or a non-bank lender,” said Rohit Chopra, director of the Consumer Financial Protection Bureau.

In a statement, HomeServices of America said it “strongly disagrees” with the Department of Justice and CFPB’s findings in the settlement, noting that Trident did not have to admit wrongdoing under the settlement. the case. Buffett himself did not immediately respond to a request for comment, but has historically deferred any comment to Berkshire affiliates.

Hughes said he had no personal experience with Trident, but he said he was not surprised to learn that the company’s statement after the settlement was announced denied that he there had been wrongdoing.

“That’s what these companies do, right? None of them admit it, they end up paying the money,” he said.

Copyright © 2022 by The Associated Press. All rights reserved.