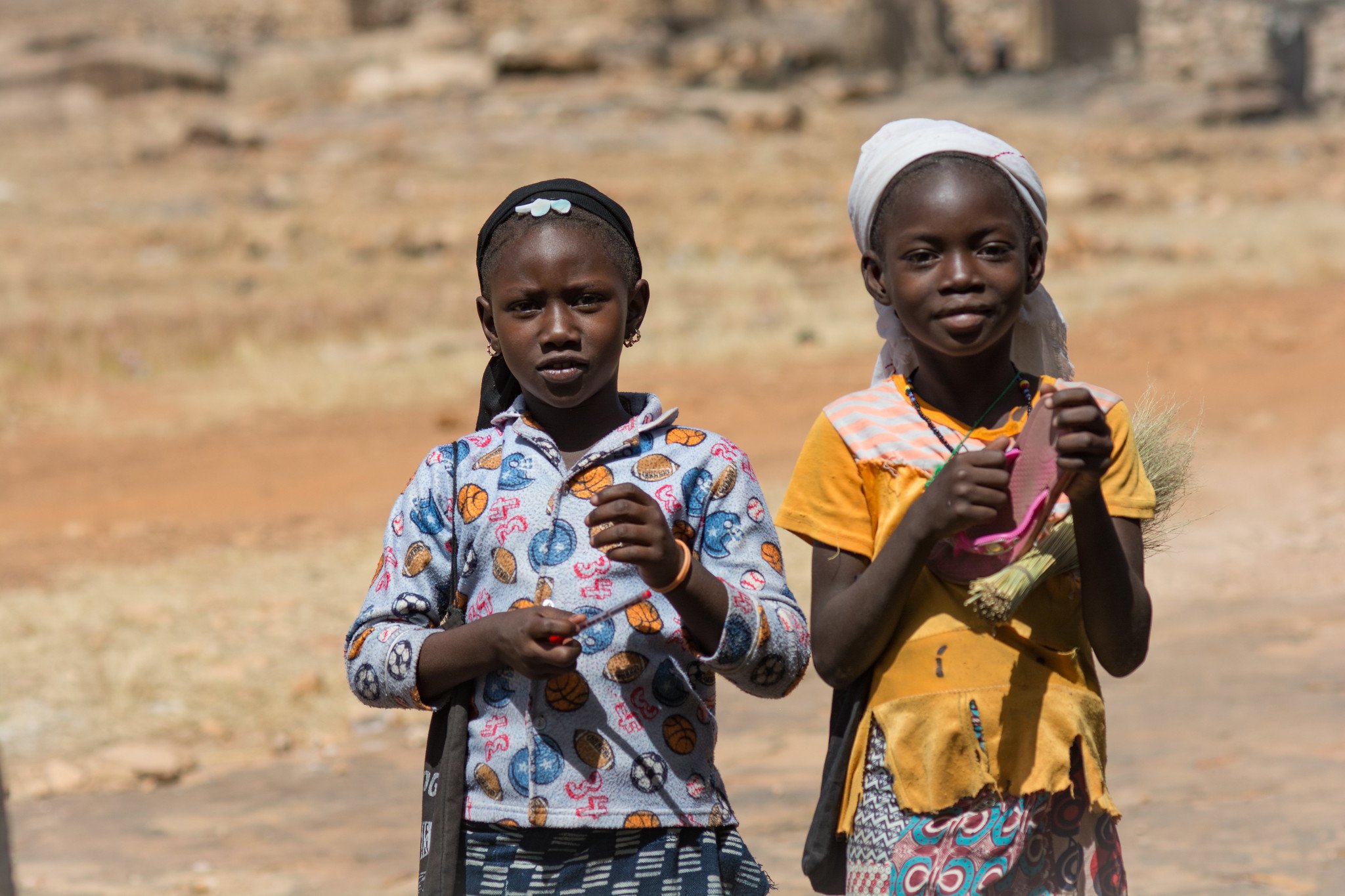 Conflicts and successes: the Peace Corps in Mali

LOS ANGELES, Calif. – Founded in 1961, the Peace Corps is one of America’s essential overseas outreach organizations. The International Affairs Budget funds the program, which sends volunteers around the world to teach residents essential skills and engage in cultural exchanges. More … than 240,000 Americans have worked in 142 countries since the creation of the Peace Corp.

The Peace Corps Mission in Mali

Among the countries, Peace Corps volunteers worked in Mali, a medium-sized country in West Africa. Over 2,645 Americanss worked advance the Peace Corps mission in Mali until the program is canceled in 2015 due to security concerns. The Borgen Project interviewed Peace Corps volunteers who worked in Mali to learn more about their experiences and observations, the successes and failures of the program, and recent developments that led to its unfortunate end.

Mali is located in West Africa and is home to nearly 20 million people. A French colony until 1960, Mali had a tumultuous history due to internal and external conditions. Political instability and a harsh climate have slowed the development of the Malian economy. The vast majority of Malians live in small villages in the vast deserts of Mali. However, the country has a few cities like the capital, Bamako. The Sahel region experiences extreme droughts and increasing desertification which makes life precarious for most Malians. Subsistence farming is the most common mode of production in Mali, so a year of low rainfall can have lethal effects in remote villages. Despite the difficulties, Mali has a vibrant culture that binds the multiethnic country together.

Sadly, political instability and threats from terrorists have made life even more difficult for average Malians who are struggling to survive. Extremist groups associated with al-Qaeda wage ongoing war against Malians government since 2012. The Borgen Project interviewed Peace Corps volunteers Kerry Andras and Camille Castaneda, who worked in Mali from 2000 to 2002.

Involvement in the Peace Corps begins in the United States, where volunteers register and provide the Peace Corps with their preferences as to where they want to work. Volunteers then wait for the Peace Corps to offer them a position they are qualified for in a country, whether they have indicated it as a preference or not. Camille remembers initially being opposed to working in Mali because of its warmth and very different culture. However, as it became clear that there were few other options, she decided to take the post in one of the most notoriously difficult countries in which the Peace Corps works. His decision was ultimately the right one. She quickly fell in love with the beautiful country and its amazing people.

Start in the country

After a two-day orientation in Philadelphia, Kerry, Camille and 30 others flew to Bamako where they officially started their work in Mali. Their stint began with a three-month training course at a Peace Corps facility. They acquired the skills to navigate the country and culture and advance the missions of the Peace Corps. The training course included lessons in Bambara, the national language of Mali, useful information about Malian customs and culture, and the technical skills they were supposed to teach their villages. Kerry and Camille moved in with their respective host families at the end of the three months in Bamako.

Kerry was stationed in south-eastern Mali in a small village called Kuncila near the town of Niena. Camille’s host family lived in Dafela, a town in western Mali. Its closest point of reference was Kita, a small market town and an urban commune. They hosted a family who was generally a little better off than the other families in the village. However, this inequality was minor and poverty was widespread. Almost all the families in their villages were subsistence farmers who fed on family farms, growing rice, corn, millet and other vegetables. Due to the harsh conditions and the arduous labor required to make food in the desert, families seldom had surplus goods to trade in their villages or to sell in the market towns.

In fact, the only economic opportunity at that time in Mali was to grow cotton subsidized by the government. However, families had to take out loans to buy cotton seeds. They would then sell back to the government to repay their loan once the cotton is grown and picked. It was a tough and risky business. Bad weather could leave the family in debt even after selling the cotton, so most people stayed away.

In addition to the Peace Corps’ mission to engage in cultural exchanges, Kerry and Camille were to teach villagers the skills necessary to combat desertification. One of those skills they learned during their training in Bamako was how to make terra cotta stoves. Typically, rural Malians cook their food directly over a wood fire. Due to the lack of thermal insulation, this method is very inefficient in firewood, which accelerates desertification. The Peace Corps taught its volunteers how to make terracotta stoves that require less firewood than traditional stoves used in villages.

Kerry and Camille successfully taught locals how to make these stoves. However, they soon realized that they had little desire to maintain them or make them themselves. Kerry and Camille often remembered making family stoves that were used until they fell apart when they reverted to their traditional method of cooking meals. Camille suggested that the hardship of living in rural Mali made it difficult for people to plan and think about large-scale issues like desertification, “I don’t know if it’s because people don’t think so. not in the future, because they’re sort of in a survival mindset. Since we are not worried about the future, we are just worried about finding newspapers today. And then tomorrow, we’ll take care of the next day.

Other Peace Corps volunteers and various NGOs have had more success in Mali than Kerry and Camille. Kerry recalled an NGO that would install gasoline-powered grain crushers in Malian villages. They would usually belong to a family who would allow others in their village to use the device for a small fee. This business would save village women hours every day by automating the process. While the technical aspects of the Peace Corps mission have never been more useful than other NGO initiatives, Kerry and Camille both felt very confident that they had achieved their secondary and tertiary goals of learning about Malian culture and US ambassadors in Mali.

Kerry maintained close ties with her village and kept in touch with them after returning to America. He even had the opportunity to come back a decade later and reconnect with his friends. Camille has grown the most and had her most significant impact working with children, she said were the most excited and eager to know more about her.

Come back to the country

When Kerry and Camille returned to Mali in 2011, they found that not much had changed. The most significant difference was the prevalence of cell phones, which had become relatively common in most rural families. In 2001, the breadth of technology in the villages consisted of radios and maybe one or two televisions. On top of that, Malian rural life and culture continued to thrive despite difficult circumstances. Unfortunately, things would soon get much more complicated. In 2012, Tuareg insurgents in northern Mali began to take villages by force. The a rapidly growing ethnic rebellion, initially supported by Islamist organizations linked to al-Qaeda, sparked more 200,000 Malians to flee their homes during the first year of the fighting. The situation continued to deteriorate. The infighting between the Tuaregs and the most extreme terrorists intensified and the army carried out a coup against the president.

In 2014, the Peace Corps decided that the security situation in Mali was too fragile to continue their mission there. The organization evacuated all volunteers and has closed all its facilities indefinitely. While the fighting in 2021 is less intense than five years ago, there is still a low-intensity insurgency and sporadic terrorism across Mali. Another shot occurred in 2020, underlining the improbability of a return to large-scale political and social stabilization soon in Mali.

The ongoing war in Mali has made life even more difficult for people who are already vulnerable. The war has made NGO work and international aid much rarer for Malians in need. The end of the Peace Corps mission further isolated rural Malians from outside aid. Until Mali is secure enough for the Peace Corps to renew its engagement in Mali, the Americans are looking for ways to help. They can donate or volunteer with organizations still active in Mali, such as the Mali health organization project and the GAIA Vaccines Foundation. Brave Malians and foreigners continue to devote their time and resources to helping those in need despite the current challenges.

Flyers 5: to remember from the Flyers-Flames match on Saturday