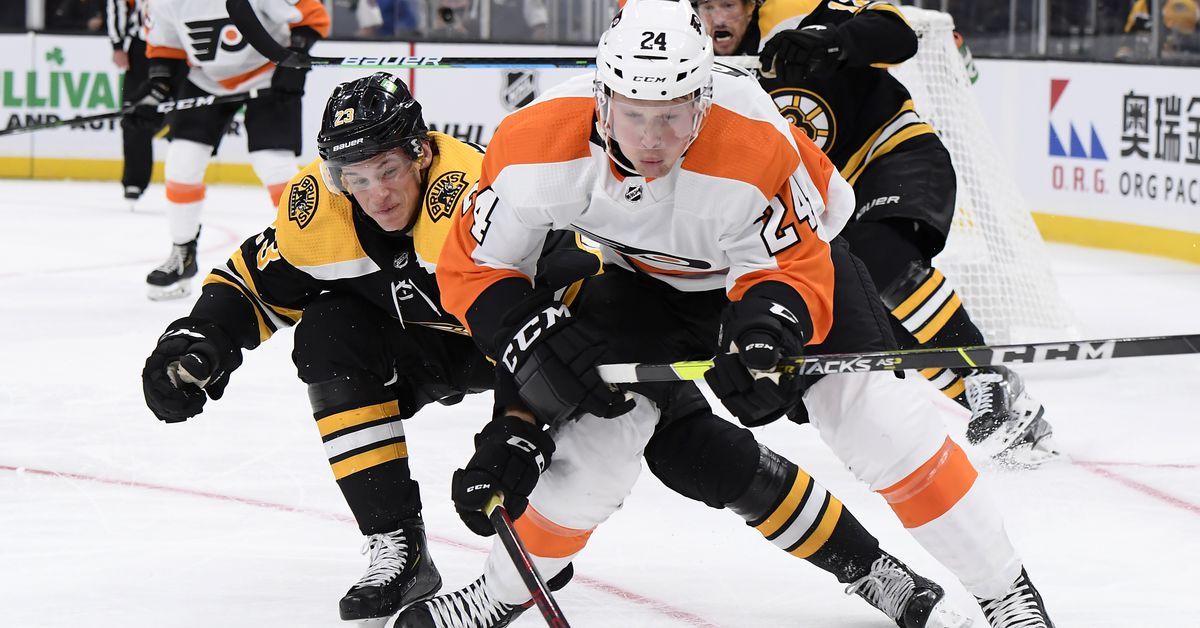 The Philadelphia Flyers and Boston Bruins would have played tonight, although it was hard to tell behind a barrage of hilarious technical difficulties via NHL on TNT. To be fair, being largely unable to see what was happening on screen could have been to the benefit of the fans. What did we learn, who stood out and what were the funniest live production blunders of the night? Let’s dive in.

The special teams playing for Philly with the man advantage looked very promising that night, with excellent play from Cam York, Farabee and James van Riemsdyk. The pre-season iterations of Michel Therrien’s units have been a bit unorthodox in personnel picks and deployment (Ristolainen on the half-wall is an intriguing experience), but always generated scoring opportunities and pressure. . That’s not to say the power play is solved or anything, but it’s going in the right direction.

Nicolas AubÃ©-Kubel had one of his best games for a long time. NAK flirted with peak form for the 2019-20 season, performing forward chess and shooting penalties tenaciously while leading the game and helping with the transition. For a Flyers team that is missing Wade Allison and Kevin Hayes (and therefore considering the possibility of putting Giroux back to center), having good signs from AubÃ©-Kubel is a good boost to confidence.

Finally, Philadelphia as a team did a pretty admirable job of figuring out this was going to be a close game and took advantage of it, shooting six penalties. Probably not a repeatable event, but certainly something commendable. I would also like to thank the team for playing harder and performing better as the game progressed, even after a demoralizing first period. Strong display of character.

A lot, and I’m not talking about the mess of my television. A young non-NHL roster seemed totally outclassed against David Pastrnak, Patrice Bergeron and Brad Marchand, to everyone’s surprise. The Flyers didn’t look full force, struggling to get the puck out of the defensive zone, establish some semblance of sustained offensive pressure or do something positive for much of the game after their first power play goal.

Wyatte Wylie was badly burned on the second goal of the game, and Farabee couldn’t come back in time to replace him.

Most notably, however, Martin Jones didn’t look so sexy. After allowing one he probably would have liked to stop to open the scoring for Boston (not all on him given the questionable defense and moving screen present here), Jones spat out a brutal tally for Boston’s third of the game. on a shot he absolutely should have had. Not ideal!

The Flyers didn’t seem particularly disciplined that night, taking five penalties. While some of the calls were a little soft, it was not encouraging; nor the subsequent displays of the penalty, which seemed uncertain at best and patently horrific at worst. Again, too much standing, not enough pressure on the opposing team. Boston stepped in and set up their attack with little resistance.

An Oso Oso banger with a fantastic cover photo:

What to watch in the Flyers vs Bruins preseason clash

Ryan Kerrigan among 5 most disappointing Eagles in 3 games