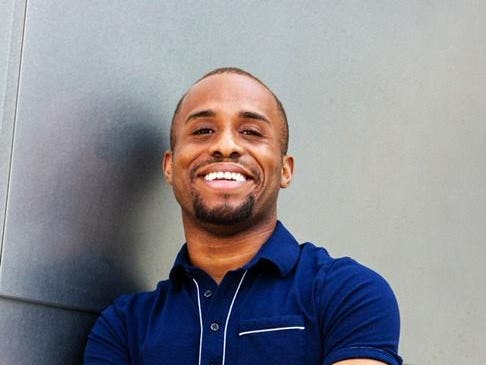 Over the past few months, we’ve been hearing about growing frustration from many corners of the region over the failure of Silicon Valley, that proverbial club of rich white boys, to keep unprecedented promises to increase. significantly funding businesses owned and operated by Blacks and other minority / underrepresented founders. Wired magazine (Arielle Pardes, 12-29-20) underlined:

The rhetoric was historic, and some black founders are find it easier to get meetings with VCs. But other foundersâ€¦ say they’re still waiting for meaningful action – investments, not just conversations.

I understand the frustration. Eight years ago, as a young black founder, I remember the shock of not being able to stand in front of a single VC ready to listen to me, let alone write a big check. Ironically, for me, taking a less traditional route to getting smaller investments gave me the later benefit of being able to keep more equity and control in my business. Even so, it is disheartening to say the least that other black founders, as well as LATINX and other minority entrepreneurs, especially women of color, report that they have been treated as charity business or have received crumbs at some point. an important economic shift – when, now more than ever, black founders matter.

It’s a signal that it’s time to turn our conversation away from the inequalities of the past and open it up to discuss the opportunities of the future. We can do this by asking hypothetical, â€œwhat ifâ€ types of questions. For example, what if more black founders were funded? What impact would blacks have on the job market if black businesses grew and could hire more of our own? What changes would we see if we raised successful Black Founders, in general, and how would they influence other young aspiring Founders who might think they have insurmountable challenges on their path to success?

The â€œwhat ifâ€ question has always been a powerful tool for me.

Founders are problem solvers, after all, who tend to look at seemingly overwhelming odds and imagine other ways to overcome them. I would say black founders do this regularly on an even larger scale and scale, often out of necessity. Raised by a working single mom who had me when she was just 14, I grew up in Birmingham, Alabama, used to extreme poverty and systemic racism, and I was taught that when you hit a wall, you have no choice but to figure out how to climb it. My Big Ma – as we affectionately called my great-grandmother – liked to say that no matter how difficult things were, it was up to me to “find a way out of nowhere”.

The power of asking “what if” changed my life forever during my high school years, when I faced the growing inequalities of paying for college education. ” And if… ” ? This question led me to discover millions of dollars in outside scholarships that go unclaimed every year. By applying to dozens of them, I received $ 1.3 million in private scholarships, so I was able to attend Drexel University in Philadelphia, where I majored in entrepreneurship. My next critical use of “what if” was to imagine a better way to make college affordable for millions of people. The solution, in short, was Scholly, my dorm tech start-up that quickly gained 90,000 subscribers and quickly caused a huge uproar over Shark aquarium. Today we have 4 million subscribers and have helped over a million applicants win millions of scholarships.

In response to the big ‘what if’ questions about the value to be achieved if all stakeholders take increased steps to invest in black-owned businesses, a McKinsey report from October 2020 puts it in dramatic terms:

Investing in more business ecosystems that provide black business owners with equitable access to resources and opportunities can unlock some of the $ 1 trillion to $ 1.5 trillion in annual GDP that could come from reducing the economy. racial wealth gap. More importantly, by getting social and economic institutions to support more people, stakeholders can rectify the mistrust that has developed between black entrepreneurs and institutions. This restorative effect, along with the economic gains, could be a step forward for American society.

For Black and other underrepresented founders, I think some of the hurdles of the past have made us a lot more investable as well. We had to work harder and work harder than our white counterparts. It has given us strengths that will serve us well. We have learned that no matter how much capital we attract, at the end of the day we cannot forget that the product is king. We understand courage and faith, and we escape anyway, not forgetting that we have a cultural confidence that comes from knowing the diversity and needs of our consumers.

We can set our own rules of the game, more than just creating career opportunities for diverse teams that we know from data, contributes to more diverse expertise and greater growth. We don’t have to think only in terms of black and white, but more in terms of gray as I say with all self-deprecation. When we use our lived experience of struggle and find a way out of nowhere, as social entrepreneurs, we can lead the way by overcoming obstacles.