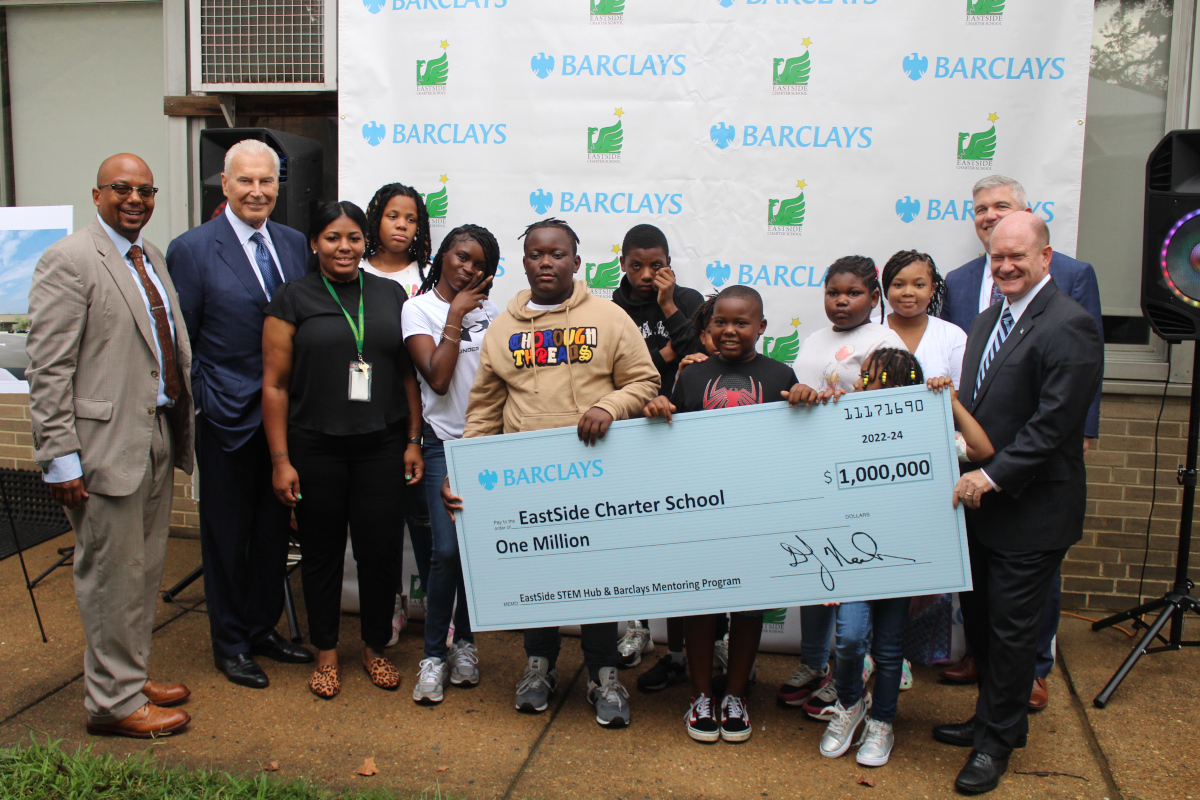 WILMINGTON- EastSide Charter School has grown from humble beginnings 25 years ago to become a beacon in northeast Wilmington, beating the odds for graduate students who are gainfully employed or pursuing college.

His work and his future received another boost on Monday morning, when the international banking giant BarclaysThe US Consumer Bank, headquartered in Wilmington, announced a $1 million donation to the school.

This $22 million expansion will include a STEM hub that leaders hope will help uplift the entire community. | PHOTO COURTESY OF EASTSIDE CHARTER SCHOOL

The investment, which will be spread over three years, will support the expansion of the school, the construction of the Community Discovery STEM Hub and the continuation of the bank’s mentorship program.

Independent charter school is investing more than $22 million in expansion that will allow it to serve more than the 474 students it does today, return its honors program to campus from temporary space at the nearby Teen Warehouse and to open the STEM Hub which is also supported by a $4 million donation from Chemours.

“EastSide is packed right now,” said Charlie McDowell, chairman of the school’s board of trustees, who noted the expansion will allow it to double the size of the cafeteria, add class and to offer a common space.

The project is supported by new market tax credits from Cinnaire, loans from Discover and US Bank, and donations from supporters like Barclays and Chemours to individuals. The school is still looking to raise about $3 million to complete fundraising for the project, but they expect to break ground on the expansion located in the current EastSide parking lot before the end of the year, said Aaron Bass, CEO of the school. Its opening is scheduled for the 2024-25 school year.

The expansion won’t just benefit students, as EastSide is partnering with the Wilmington Public Library, which will occupy the space after school hours and on weekends as a satellite branch to provide professional training opportunities, cultural programs, community celebrations and Suite. This is an opportunity to add to the growing revitalization of northeast Wilmington underway with the largest Riverside REACH Initiative.

“America is very good at gentrifying. We’ve never learned how to create a model that impacts the people who need it most. And that’s what we want to see happen here,” said Bass at the Delaware Business Times.

Barclays CEO Denny Nealon said the bank felt a responsibility to give back to its local community. | DBT PHOTO BY JACOB OWENS

The Barclays-EastSide connection is not new, as the bank has been a partner of the school for 20 years, its associates having mentored the school’s 850 students. The bank also donated $600,000 a few years ago to build the school’s playground, sports fields and common area.

This commitment to the K-8 charter school that serves the city’s students, more than three-quarters of whom are from low-income households, begins at the top with Barclays CEO Denny Nealon, who has personally served as a mentor. with his wife. The connection with Barclays began when Jocelyn Stewart, then the bank’s community relations director, met with the school and discussed it with leaders.

“I heard about it and just raised my hand. I want to be a part of it,” Nealon told DBT. “We feel we have a responsibility to give back to our communities.”

Since then, the bank has hired a mentor coordinator to nurture and place associates in the program and allows them to meet with students for one hour each week.

The donation also aligns with that of Barclays workforce development goal to put 250,000 people in good jobs by 2024, Nealon said.

“We try to create inclusive and thriving communities; and we believe in giving people the training and experience they need not only to learn the skills, but also to have the confidence to succeed. And that starts with a great education,” he said.

One such success story would be Naseem Matthews, a graduate of EastSide and Howard High School who now works as a construction project coordinator for Battaglia Associates. He was mentored by McDowell and later tutored other students.

“I can truly say that the mentorship program here at EastSide Charter gave me everything I needed to become the person I am today,” Matthews said.

Bass, who took over as head of EastSide in 2016 after running college-preparatory schools in Philadelphia for low-income families, said involving business leaders has made a major difference at his school. .

“I think that means a lot. You have national businesses that just couldn’t spend time in a small schoolhouse in Wilmington and no one will blame them, but because they do, we’re in a better position to make an impact here,” he said. he told DBT.