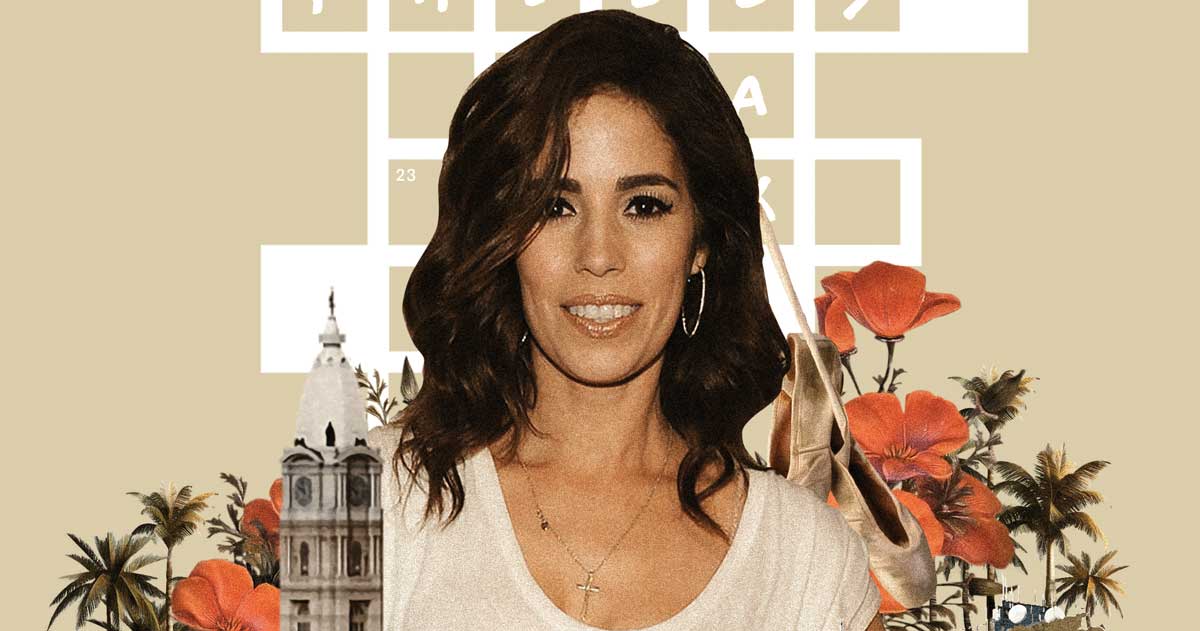 Ana Ortiz from Ugly Betty on Her Favorite Memory From Philly

Get a compelling long read and must-have lifestyle tips delivered to your inbox every Sunday morning – perfect with a coffee!

Having a father who was in politics in Philadelphia was … exciting. I spent a lot of time at the town hall. I remember when they were spinning Philadelphia cream inside the town hall, I begged my dad to let me in to see the action, and he did. I met Tom Hanks, who was as sweet and cool as you think.

These days my dad is … the best grandfather in the world.

The first concert I attended was … the Jacksons Victory Tour at JFK Stadium in 1984. My dad took me. I was therefore obsessed with Michael Jackson.

For July 4th, I will be … driving my daughter and son to summer camp for the first time. I’ll be a wreck. But it will give me the opportunity to get rid of the toys that they say I can’t get rid of but will never run out of.

Co-featured on Ugly Betty has been â€¦ lifestyle change. Before that, I was a guest star and always pushing things. It was back then, when it wasn’t as hip as it is today to be Latin. I was the hooker or the maid or the girlfriend of the drug dealer – it was my first role on TV, on NYPD Blue! – and Ugly Betty really uplifted what it was like to be a Latin actor and proved that Latinos can be the protagonists of a show and everyone will watch it.

Turning 50 during COVID was … a real disappointment.

People would be surprised to know that I … am half irish. My mom is Irish, from Wisconsin.

My kids always tell me … that they are bored.

If you haven’t seen Love, Victor, which has just started its second season … you must know that it is sweet, funny, touching and sexy. I play Victor’s mom. She is very religious and has a bit of trouble with Victor coming out. It’s a very complicated role for me to play, because I’ve been a great LGBTQ ally all my life. my life.

My best memory of Philly is … swimming in the Swann Memorial Fountain when I was a child.

One thing that I don’t miss is … winter and parking. Here in LA we don’t have a winter, and we just valet everywhere.

My other talent is that I can … sing. I actually started out in ballet, but when my toes started to bleed I realized that a life of pain and suffering and total devotion was not for me. Then I started singing, which brought me into musical theater, which became theater, which became that. Oh, and I can finish one New York Times crossword faster than anyone. Well, at least those on Monday.