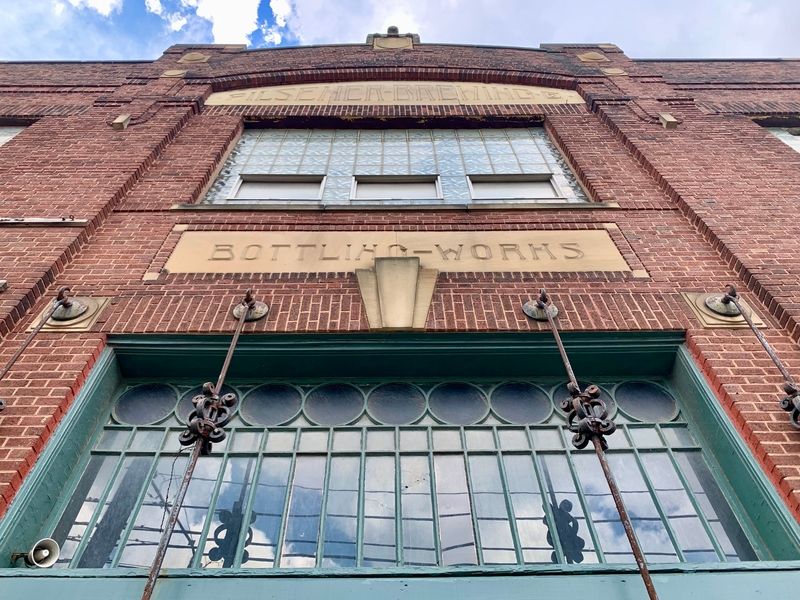 A recent change to Ohio’s popular landmark tax credit program will give affordable housing projects a boost, increasing the chances of success for deals like the slow transformation of the former Warner & Swasey Co factory. in Cleveland.

At the end of February, the Ohio Department of Development tweaked the scoring rubric for the highly competitive program, which offers up to $30 million in tax credits twice a year. Officials created an affordable housing category, worth up to 5 points on a 100-point scale.

Five points may not seem like much. But the potential impact is immense, in a contest where there is little room between the lowest-ranked winners and the highest-ranked losers.

Affordable housing developers are thrilled. Some of their market rate peers are furious.

“There’s been a huge, huge pushback,” said Heather Rudge, a Cleveland-area preservation officer. consultant who works on a wide range of developments.

Richard Barga, Vice President of Economic Development at Midtown Cleveland Inc.considers the rating update to be “a major policy change” – a change of outsized importance to a part of the city between downtown and University Circle.

MidTown non-profit and Pennrose, a Philadelphia-based developer, has been working for at least three years to save the vacant Warner & Swasey complex. Their plans include turning city-owned buildings on Carnegie Avenue near East 55th Street into 140 mixed-income apartments and commercial spaces.

The Warner & Swasey project twice failed to obtain historic tax credits from the state. Now the partners, who are submitting their third application, feel much more optimistic.

“The fact that affordable housing is being considered … is clearly an indicator that some change is happening in Columbus,” Barga said, expressing surprise.

For years, affordable housing deals have struggled to land historic state credits, which are based on the geographic spread of projects and the likely economic impact of breathing new life into old buildings. . The apartments do not create many long-term jobs. And low-income rentals, which require heavy subsidies, don’t offer the same return on public money as offices, retail or mixed-use projects.

Since the launch of the state tax credit program in 2007, development officials have noticed that affordable housing is at a disadvantage. Adjusting the rating was a way to level the playing field, at a time when housing affordability is a hot topic.

The Ohio Department of Development is talking about ways to support housing as a key part of workforce development, Director Lydia Mihalik said last month during a panel discussion at the conference. Economic Development Incentives Annual Report of the Columbus Law Firm Vorys. “We are in the process of developing a comprehensive housing strategy for the State of Ohio, a strategy that can meet local needs,” she told the audience.

The opportunity to change the historic tax credit program arose when officials removed a rating category tied to construction times. This gave them five points to play. The new formula offers the greatest assistance to projects where 80% to 100% of the square footage is affordable housing.

To be eligible, developers must demonstrate that they have secured low-income housing tax credits or other funding with compliance requirements, such as loans or grants through the Ohio Housing Finance Agency. State development officials have communicated with the agency about the rating update, a spokeswoman said.

This apparent coordination and increased focus on affordable housing is encouraging for Anya Kulcsar, Head of Real Estate for Northwest Neighborhoods CDCa nonprofit community development group on the West Side of Cleveland.

Since 2019, Northwest Neighborhoods has been pursuing a project in the Stockyards neighborhood, where the historic Pilsener Brewing Co. The Bottling-Works building – an early 1900s relic of a beer-brewing district – could become 40 affordable apartments. The project, called Pilsener Square, is in its third run for historic state tax credits and competitive low-income housing tax credits.

The building will likely not qualify for additional points in the next round of historical awards. Applications are due Thursday, March 31. The winners will be announced in June. Developers were well into the pre-application process when the state overhauled its scoring system.

“It might take a while to really be beneficial,” Kulcsar said. “But I think overall it at least gives these affordable housing projects a better chance than they had before.”

The project won a burst of credits in May 2020, for 56 senior apartments. MidTown and Pennrose are seeking a 56-unit tied second prize for low-income families. The Ohio Housing Finance Agency awards competitive awards each May.

The partners plan to apply for $2 million in historic state appropriations this month — and an additional $2 million thereafter, hoping to begin work in early 2023.

The consultants expect the rating change to have more impact later this year.

“We may not see a huge impact in this round. But in the next rounds, absolutely,” said Ken Kalynchuk of Project Management Consultantsa Cleveland-based company that works with tax credit developers across the state.

Rudge wondered if the development department’s decision would stand up to lobbying pressure from major developers and scrutiny from lawmakers, who are considering a temporary extension program and other changes.

“I think the state has to be very careful,” she said. “They can’t do something like that and have it discourage private investment, because the world can’t function on government subsidies.”

One of Rudge’s clients, RCS Housing Partnersshould immediately benefit from the revised rating.

The nonprofit developer has failed twice in the hunt for historic tax credits for the former St. Michael’s School, at the confluence of Cleveland’s Clark-Fulton and Tremont neighborhoods. The vacant building on Scranton Road and a former convent next door are set to become 46 apartments for elderly tenants.

CHN has low-income housing tax credits on hand, thanks to an Ohio housing finance agency pilot program focused on creating mixed-income areas in urban neighborhoods. A historic $1.1 million state prize would be the latest major skein in a convoluted funding web.

The new points for affordable housing could turn a near miss into a victory.

“We were close, the first two times, to being rewarded, but we didn’t make it,” said Joe Hall, vice president of real estate development at CHN. “Now…we think this is the defining piece we really need to get past the top.”