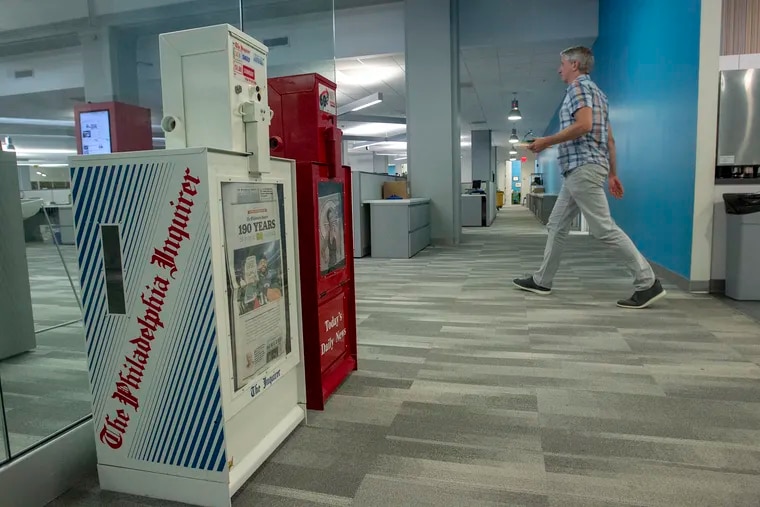 A federal lifeline for local news

The Philadelphia Inquirer is unique. The Newspaper You Read is America’s largest nonprofit news publication dedicated solely to the needs of its local community. Owned by the Lenfest Institute for Journalism, The Inquirer is supported by thousands of community donations, a wide range of local advertisers, and thousands of paying subscribers. Although The Inquirer faces economic challenges, it operates by far the largest newsroom in the region, dedicated to our city’s most important public service journalism.

Most American newspapers and communities are not so fortunate. Since 2008, the number of editorial staff in the United States has declined by about 30,000, or more than 25%. Over 2,100 newspapers, including 70 dailies, have ceased publication since 2004.

Local news deserts are filled with partisan hyperbole, unverified social media posts and damaging disinformation. Without accurate and independent news and information, families cannot make informed decisions about their health or education, communities cannot hold government to account, and democracy itself is under serious threat.

The Lenfest Institute was founded with the belief that revitalizing local news requires significant philanthropic support, new investments in journalism and innovation in digital products. We have come to believe that saving local news also requires smart help from the federal government, and so we helped develop national legislation to that effect.

Help from the government? You might be wondering how newsrooms can take government money without compromising their editorial independence. Isn’t it like the muckrakers are funded by the manure makers?

Fortunately, there is a thoughtful way to help local news without government control. It’s called the Local Journalism Sustainability Act – and it has a real chance of becoming law, especially if it is championed by the Pennsylvania delegation. Currently under consideration by Congress, this bipartisan bill provides more help to local news than any other legislation of the past century – all done in a decidedly First Amendment friendly manner.

Rather than letting the government pick winners and losers, the bill helps newsrooms by amplifying the choices of consumers and small businesses.

The key provisions are:

The bill would allow your subscription to a particular newspaper to benefit from a tax credit. The credit would apply to print and digital subscriptions, which are central to long-term business plans for local newspapers.

The advertising tax credit has two beneficiaries: the editorial staff and the small business beneficiary of the credit. Small businesses in Pennsylvania could use this tax credit to advertise and grow their business on the local news platform of their choice.

The payroll tax credit would make hiring journalists more affordable. Because this is a payroll tax break, it is available to both nonprofit and commercial news organizations.

By helping local news through a market-driven approach, the Local News Sustainability Act has garnered bipartisan support in both the House and Senate. As it turns out, members of Congress in Pennsylvania are in a position to have a disproportionate impact. Senators Bob Casey and Pat Toomey both sit on the Senate Finance Committee, which helps govern the bill. Representatives Brendan Boyle and Dwight Evans sit on the House Ways and Means Committee, which would help move the bill forward in this chamber.

The Local News Sustainability Act would help create a stronger and more sustainable local information system in the long term. We urge our senators and representatives to help push through this bipartisan proposal quickly.

Jim Friedlich is CEO and Executive Director of the Lenfest Institute for Journalism, the nonprofit organization that owns The Inquirer. @jimfriedlich

15 Eagles that could be cut, ditched, or traded